The story behind the avenger’s replacement

By mid-1944 the U.S. Navy knew that it would take much longer than previously thought for the Allies to win WW II. The Japanese were still putting up very stiff resistance to the American demand for complete capitulation. Thus, it was expected that an invasion of Japan in late 1945 would be required to attain unconditional surrender. 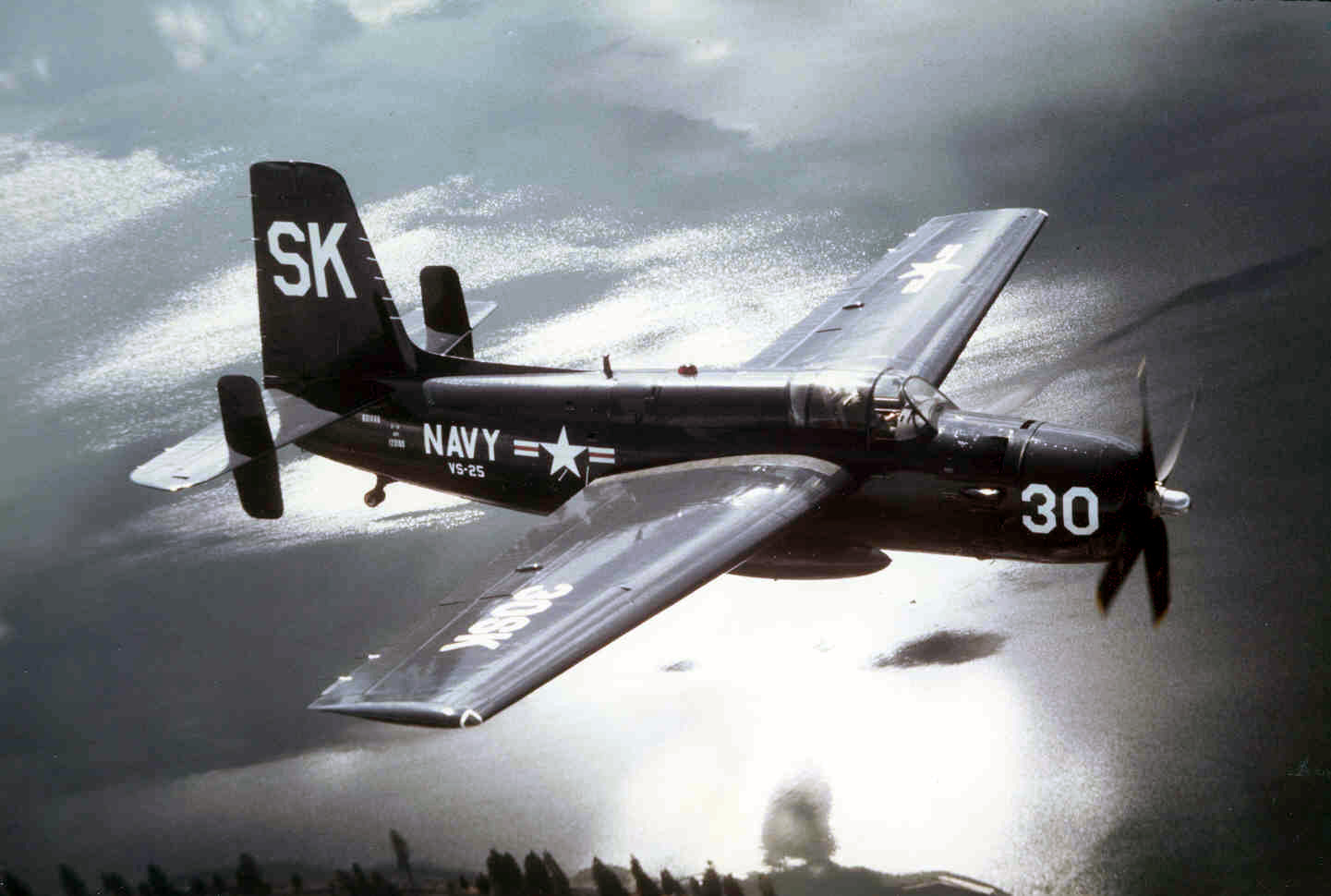 The Grumman Avenger had taken quite a beating in the War’s early years, when four major torpedo problems made pilots go way too close to enemy ships to obtain hits at slow 120mph launch speeds. This was because, in 1926, the U.S. Navy stopped the development on torpedoes when they ran out of WW I R&D money. Development efforts had now made torpedoes that could be launched at up to 400mph and thus be released twice as far away from the guns of the target. The Navy knew that such a launch speed required at least twice the engine power of the Avenger. Grumman offered a twin-engine configuration called the XTB2F-1. With all of the new Navy requirements, however, this aircraft soon became too large for Essex-class carriers. It was canceled shortly after the Navy’s full-scale mock-up inspection in June 1944. Grumman then submitted five single-engine proposals:
1. G-70 (Grumman design number) with the R-2800
Pratt & Whitney engine rated at 2100hp and a dorsal gun turret like the Avenger’s.
2. G-70A with a Curtiss-Wright 2500hp R-3350.
3. G-70B with a 3000hp Pratt & Whitney R-4360 engine and a G.E. (General Electric) remote-controlled gun turret for rear protection.
4. G-70C with a 3000hp Curtiss-Wright R-3350 engine and G.E. I-20 jet engine, but without the turret.
5. G-70D had the higher-thrust Westinghouse 24C jet engine as a replacement for the I-20 in the G70C. With both engines running, the G-70D met all the Navy requirements: 394mph, rate of climb 4,880 ft./min., and takeoff distance of 204 feet with a 25mph wind over the deck!
Grumman and the Navy soon discovered that none of the production schedules of the R-3350 or R-4360 piston and I-20 or 24C jet engines would meet the Navy’s required deployment schedules. The Navy then asked Grumman, in January 1945, to prepare a sixth design with the 2300hp Pratt & Whitney R-2800-34W (now with water-Injection power increase) and the Westinghouse 19XB turbojet. This model had only a little less performance than the G-70D. Its speed at sea level would be 367mph, and takeoff distance was only 330 feet. The Navy contracted with Grumman to build three XTB3F-1s to this design. The first flight was made on December 23, 1946. The Navy put a stop-order on the program the next day because it had just given large contracts for the Douglas AD-1 Skyraider and the Martin AM-1 Mauler to take over the primary dive-bombing and torpedo roles. 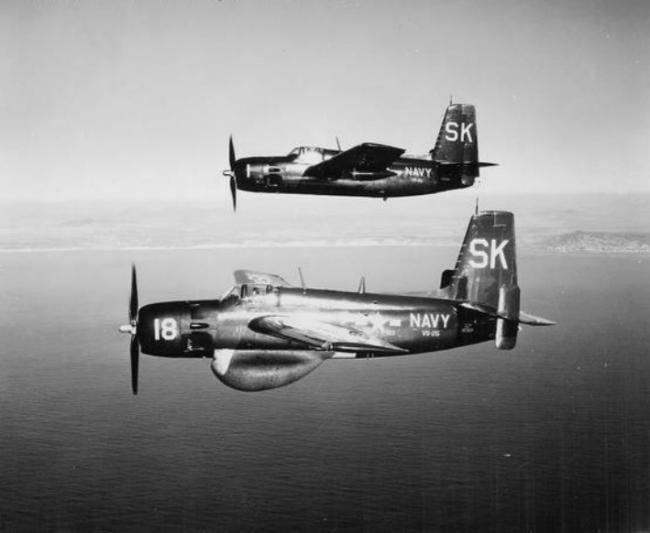 The Cold War soon spurred an important requirement for a state-of-the-art, multi-seat Anti-Submarine Warfare (ASW) aircraft to replace the aging Grumman Avenger/Wildcat Hunter-Killer teams. On February 27, 1947, the Navy instructed Grumman to complete the second and third XTB3F-1s, without jet engines, to be redesigned as prototypes for this much improved ASW Hunter-Killer team.
Removal of the jet engine provided space for three equipment operators needed for these missions. These two XTB3F-1s prototypes were flown in November 1948 and January 1949. The first production aircraft, now called AF-2W, with the AN/APN-20A radar (Hunter version) and AF-2S (Killer version), carrying armament, flew one year later. A total of 386 aircraft were built. They began taking over the Grumman Avenger ASW role in November 1950, and they remained in service until November 1957. It came to be known as the Guardian

I was never a project pilot for either of the XTB3F or AF programs, but as senior engineering test pilot in November 1945, I was brought into the program many times to check development fixes and to fill in after the sad demise of three AF project test pilots! Pat Gallo had experienced a fatal low-altitude parachute jump from an F8F-2 Bearcat. Bill Cochran died in a USAF record-attempt takeoff in a KC-135 while flying as an FAI (Federale Aeronautique Internationale) witness. Mike Ritchie was unable to fly after making a very high-speed, 200-foot altitude parachute exit when the first XTB3F-1 crashed on Long Island. He landed on top of the crash and was hospitalized for many months before returning to an engineering ground assignment. The Pratt & Whitney engineer in the aft fuselage, performing an in-flight propeller vibration survey, died in the crash. Because of these depressing events, I logged 218 flights in the AF program in addition to my regular job of fighter testing.

Solving some interesting Guardian flight problems
After Pat Gallo’s death, I was to find out why the present
project test pilot, who had just arrived at Grumman, had determined that the AF-2W prototype was unstable longitudinally and would not maintain its trimmed altitude flying hands off. This would make a long, low-altitude cruising flight in turbulent air intolerable to the pilot. Before flight, I made my usual full-deflection test of the three flight controls and found that the stick motion fore and aft had an excessive amount of
friction—11 pounds. Stability in the air was usually measured below that force, so I asked the plane captain what the cable tension was in the elevator control. He stated 135 pounds. I decided that it would be pointless to make a flight with this much friction and asked him to
re-tension the cables to 25 pounds. The new test pilot stated emphatically that the Navy’s sacrosanct minimum requirement was 135 pounds and could not be reduced!
I suggested to him that the test pilot’s objective was to find ways to make an aircraft meet its requirements safely; then, if necessary, have the engineers obtain the needed changes to the Navy requirements. I had experienced similar problems several times during my prior five years as an engineering test pilot.
With the cable tension now at 25 pounds, the measured friction was only half a pound, so I took off for a 15-minute flight. I found that the AF-2W now had the longitudinal stability to make turbulent air cruising satisfactory. The engineering department persuaded the Navy to lower the cable tension to 25 pounds.

Arrogance ends the Grumman ASW monopoly
After building 11,489 Anti-Submarine Warfare Avengers, Guardians and its follow-on S2F twin-engine Trackers, Grumman lost the next Navy ASW carrier aircraft competition on August 1, 1969, to the Lockheed S-3A Viking. Although I was no longer director of business development, I was sent by the Grumman president to Washington to find out why. A former Navy friend allowed me to read the decision paperwork. It stated, “The Navy expected Grumman to win after their continuous 28 years of supplying the Navy with excellent ASW aircraft.

Because of Grumman’s pompous attitude expressed in their very skimpy proposal, they were rated 25th in a five-company competition!” I went home and read our proposal. It was a “Send us the money and we will make you the next ASW aircraft”—a real ego-trip dud by Grumman.

This team from engineering was never allowed to do a preliminary design again. 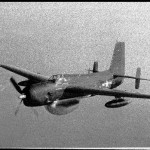 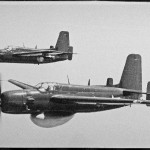 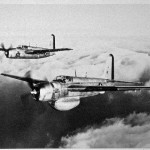 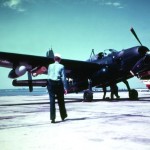 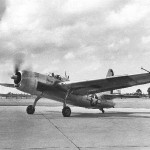 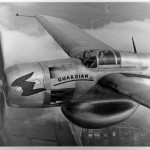 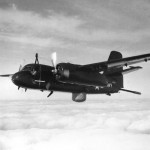 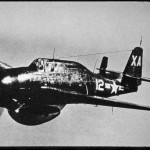 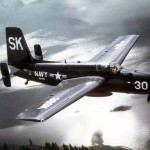 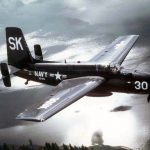 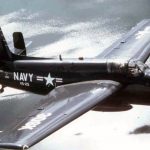 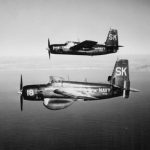