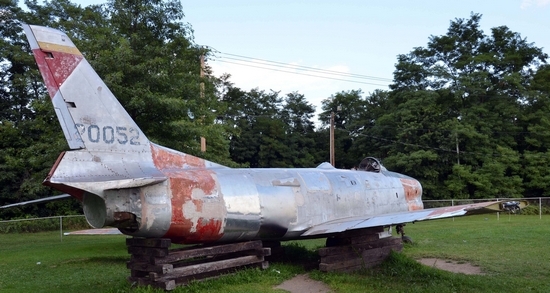 Organizers of the “Save the Airplane” grass roots group continue to be on a mission to save the Korean War-era North American F-86L Sabre jet from leaving Monroe, N.Y. Like a pilot filing a flight plan for approval from its control tower, the group is developing plans it hopes will get approval from the Village of Monroe at its Aug. 27 meeting.

First, the group will hold a community meeting on Tuesday, Aug. 20, at 6 p.m. at McGarrah’s Stagecoach Inn on Stage Road to discuss their ideas, solicit community ideas and to hopefully gain consensus in preparation for that meeting. Then, a second meeting will take place on Aug. 25 with representatives of the “Save the Airplane” group and Village Trustee Wayne Chan to talk about what happened at that Aug. 20 gathering. It’s presumably a prelude to the Aug. 27 meeting.

The grass roots group requested to be put on the Aug. 27 meeting agenda so its proposal can be presented to the village board, which has the final say in what will happen with the aircraft.

For the complete story by Nancy Kriz of The Photo News, click here.

Photo by Kristina Stelz, Lakefront Photography, via The Photo News