The single engine, piston-driven Skyraider was designed during World War II to meet United States Navy requirements for a carrier-based, single-seat, long-range, high performance dive/torpedo bomber, to replace earlier types such as the Curtiss SB2C Helldiver and Grumman TBF Avenger. Designed by Ed Heinemann of the Douglas Aircraft Company, prototypes were ordered on July 6, 1944 as the XBT2D-1, and made its first flight on March 18, 1945. The USN began evaluation of the aircraft at the Naval Air Test Center in April 1945. In December 1946, after a designation change to AD-1, delivery of the first production aircraft to a fleet squadron was made to VA-19A.

The AD-1 was built at Douglas’ El Segundo plant in Southern California. 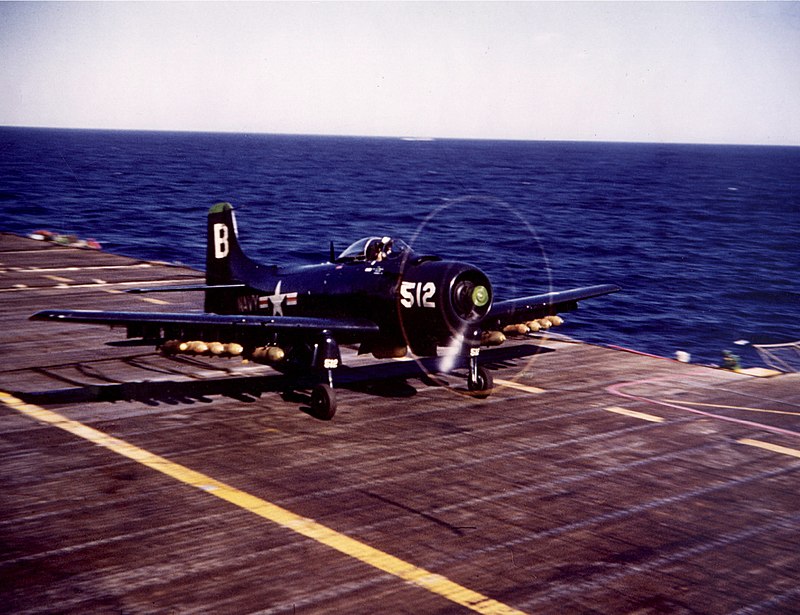 The Skyraider was produced too late to take part in World War II, but became the backbone of United States Navy aircraft carrier and United States Marine Corps strike aircraft sorties in the Korean War (1950–1953), with the first ADs going into action from Valley Forge with VA-55 on 3 July 1950. Its weapons load and 10-hour flying time far surpassed the jets that were available at the time. On 2 May 1951, Skyraiders made the only aerial torpedo attack of the war, hitting the Hwacheon Dam, then controlled by North Korea.

On 16 June 1953, a USMC AD-4 from VMC-1 piloted by Major George H. Linnemeier and CWO Vernon S. Kramer shot down a Soviet-built Polikarpov Po-2 biplane, the only documented Skyraider air victory of the war. AD-3N and -4N aircraft carrying bombs and flares flew night-attack sorties, and radar-equipped ADs carried out radar-jamming missions from carriers and land bases. During the Korean War, AD Skyraiders were flown by only the U.S. Navy and U.S. Marine Corps, and were normally painted in dark navy blue, and was often referred to by the enemy as “the Blue Plane”. 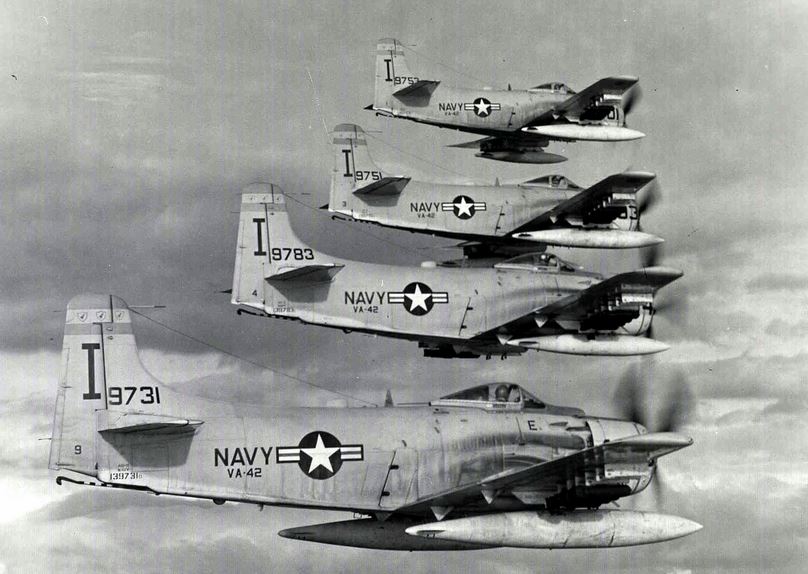 However, it was in Vietnam where the Douglas Skyraider rose to super star status as a close-in ground support aircraft working closely with (and often protecting) US ground troops.