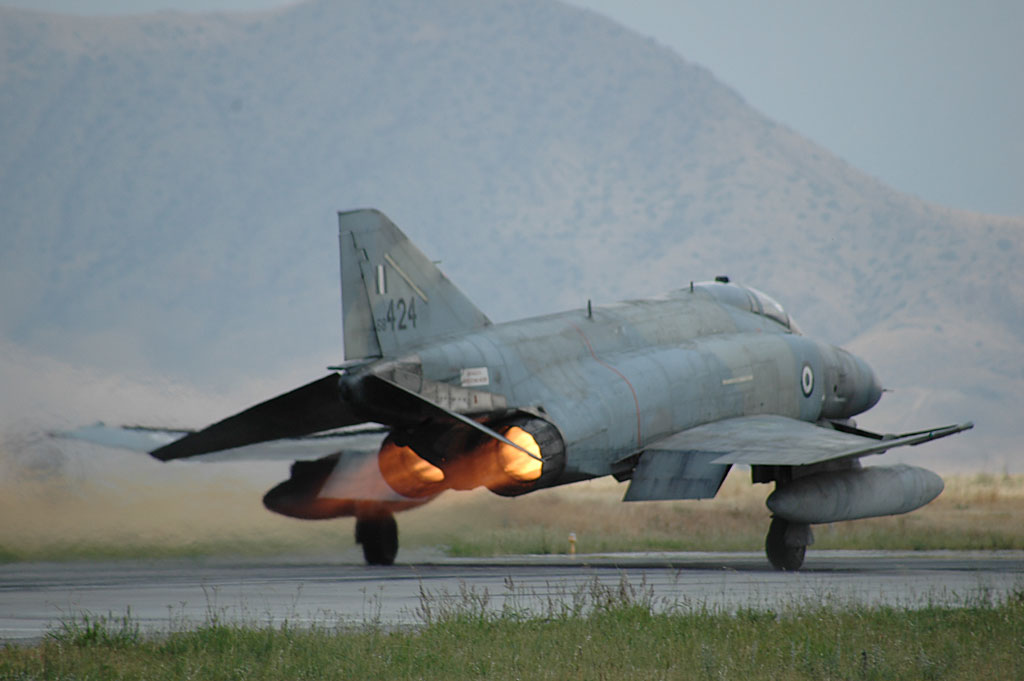 Technically the McDonnell-Douglas F-4 Phantom II is not a warbird just yet, because it’s still operational within a handful of air arms across the globe. However, it’s such an iconic aircraft that every news item featuring its current flying exploits these days is worthy of mention.

The Hellenic Air Force has confirmed its participation at the Malta International Airshow with an F-4E PI 2000 Phantom II from Andravida Air Force Base in Greece. This will be the second time Greece participates at the air show, having sent another Phantom II in 2005. The air show will take place over the weekend of Sept. 27-28.

The Phantom II entered service with Greece in 1974 under an arms program called “Peace Icarus.” Although it is just a second-generation jet combat aircraft, several dozen Phantom IIs still serve in Greece, having received upgrades from the German company DASA under the program “Peace Icarus 2000.″ The advanced electronics and other modifications have extended the Phantom’s operational life. Thirty four of the upgraded Hellenic Air Force Phantom IIs are based in Andrabida air base with 117 Combat Wing, split between 338 “Aris” and 339 “Aias” Squadrons. Twelve RF-4E reconnaissance variants soldier on at Larissa air base with 110 Combat Wing’s 348 “Eyes” Squadron. After the upgrade program, all the Hellenic F-4Es wear the “Aegean Ghost” camouflage while all RF-4Es remain in their Viet Nam War-era camouflage.

For photos and the complete story by Warbirds News, click here.

Photo by the Hellenic Air Force