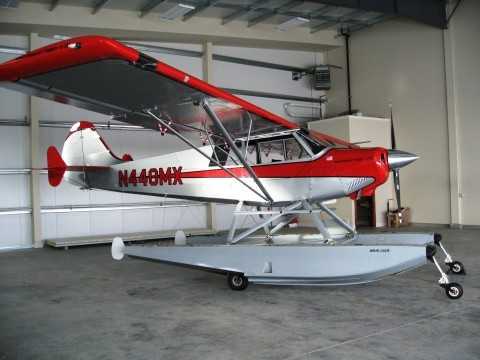 Alaska’s premier event for flying enthusiasts and families as well as the state’s largest aviation tradeshow, the Great Alaska Aviation Gathering will be held in the FedEx Maintenance Hangar at Anchorage’s Ted Stevens International Airport May 4-5. Admission is free.

Nearly 300 exhibitors will showcase state-of-the-art aviation technology, products, safety,innovations and more. The show will feature more than 70 indoor and outdoor static displays of a wide range of aircrafts, including sport, general aviation, experimental, commercial, corporate and military. Attendees are in store for a special treat with this year’s featured historic aircrafts – a vintage Japanese Mitsubishi A6M Zero used in World War II and a restored 1931 Fairchild American Pilgrim, a workhorse of an aircraft on loan from the Alaska Aviation Heritage Museum.

Adults are sure to appreciate the Great Alaska Aviation Gathering’s historic exhibits, knowledgeable speakers, breadth of vendors, and more; but it is also an ideal event for families. Children will enjoy this aviation extravaganza with fun, educational programs provided by the Challenger Learning Center of Alaska and a kid-friendly scavenger hunt. There will also be many cockpits to explore and awe-inspiring flight demonstrations to watch. Both FedEx and UPS, world leaders in shipping and transportation, will offer tours of their larger-than-life company aircraft.

The Great Alaska Aviation Gathering is celebrating its 16th year; but 2013 also marks a special occasion as the 100th anniversary of aviation in Alaska, which began with the inaugural powered flight taking place in Fairbanks in 1913. Throughout the last century Alaska has grown to be the “most flying” state in the country, with more pilots and aircrafts per capita than any other state.

In honor of this momentous anniversary, Dirk Tordoff, a historian and film archivist at the University of Alaska Fairbanks, will give a talk titled, “Celebrating a Centennial of Flight in Alaska.” Two highly regarded Alaska bush pilots will also present talks on flight safety and exploring the Last Frontier by plane, and a group of Alaskan aviators keen to celebrate the anniversary will be in attendance with their restored historic aircrafts as they kick off a summer-long barnstorming of the state.

“Alaska presents pilots with endless opportunities,” Hanson said. “The ability to fly freely across the state gives residents and visitors a chance to enjoy the vast, untouched wilderness and experience Alaska in a way that isn’t possible with road travel.”

The association will once again be giving away an aircraft at the end of the gathering. Raffle tickets are available now to win a 2007 Aviat Husky A1B (shown above), equipped with 180 horsepower and Wipaire floats, donated by association member Marsh Carter. A second prizewinner will receive a set of 31-inch Alaskan Bushwheels. Tickets may be purchased here as well as the event. There are only 8,500 total tickets available, so participants are urged to purchase them early.

For more information, including a full conference schedule and details on discounted airfare, hotel and rental car rates for exhibitors and attendees, click here.