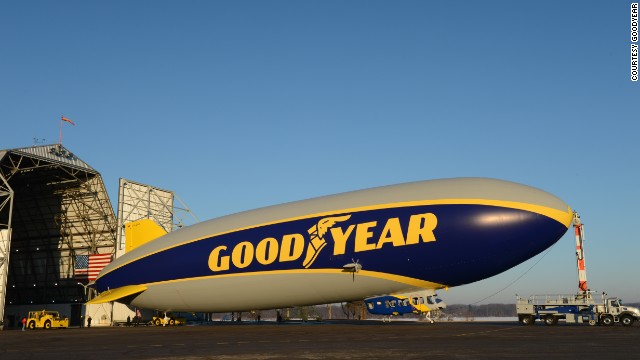 It’s a new era for Goodyear’s iconic blimp. You could call it the Age of the Zeppelin. Cue the guitars!

The Ohio-based tire and rubber company started testing its next-generation airship last month at Goodyear’s airfield near Akron, Ohio. Yes, this is an actual Zeppelin airship, made in partnership with the German company that dates to before the infamous Hindenburg disaster.

But don’t panic, this new lighter-than-air vehicle is just as safe as its blimp predecessor. It’s filled with helium, not hydrogen like the humongous airship that burned in New Jersey in 1937.