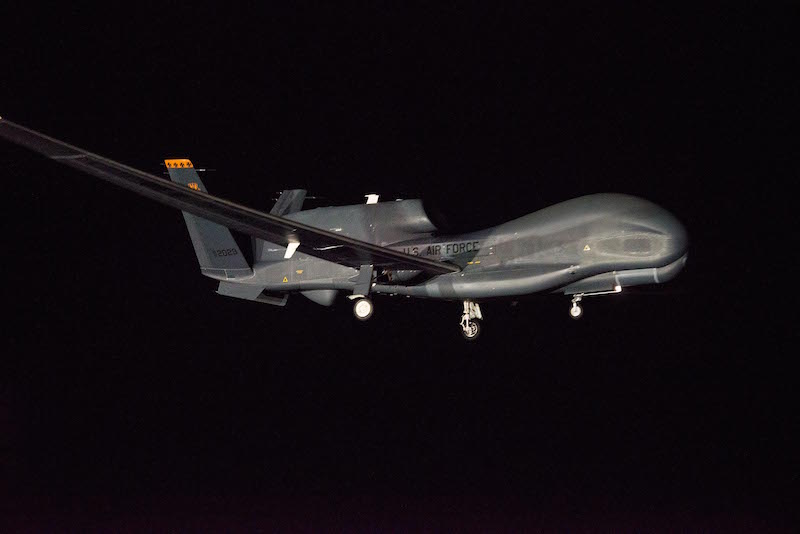 “This is the first time that a Global Hawk has flown into an international air show,” said Ian Irving, chief executive for Northrop Grumman Australia. “This really speaks to the maturity and reliability of the system. As the Royal Australian Air Force seeks to procure the MQ-4C Triton UAS, a variant based on Global Hawk, they will be able to use the system’s capabilities to transform the way they conduct maritime surveillance missions.”

Northrop Grumman is the prime contractor for the Triton program and is working with the U.S. Navy to develop the system for operational use by 2017.

“Korea, Australia and Japan have all made major decisions leading to the expected acquisition of either Global Hawk or Triton in the last year,” said Petryszyn. “This is testament to the value and performance of these systems, and to the tremendous amount of actionable information they deliver to military commanders and government agencies.”

In 2001, a Global Hawk flew non-stop from Edwards Air Force Base, Calif., to Royal Australian Air Base Edinburgh in Adelaide, Australia, becoming the first unmanned aircraft to cross the Pacific Ocean. The aircraft flew a total distance of 13,219.86 kilometers (8,214.44 miles).

By 2013, the U.S. Air Force announced Global Hawk was the safest aircraft within the services’ active aircraft inventory.

Story and photo by Northrop Grumman