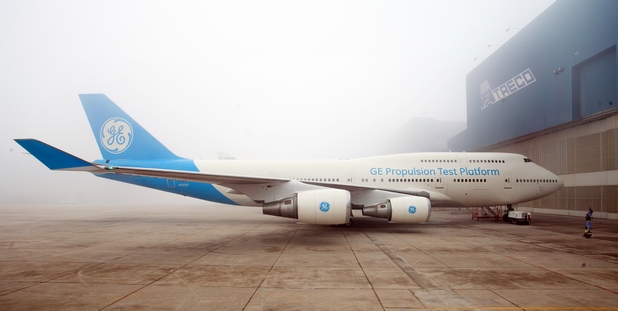 General Electric’s new Boeing 747-400 flying testbed has been delivered to Evergreen Aviation Technologies (EGAT) in Taiwan for installation of data racks, instrumentation wiring and instrumentation equipment. The aircraft is also scheduled to undergo wing structural modifications during the second half of the year in readiness for its first test flights in 2014.

The 747 was flown to EGAT from Taikoo Aircraft Engineering, Xiamen, where heavy maintenance and interior modifications had been performed. GE, which continues to operate its original Pratt & Whitney JT9D-powered 747-100, acquired the ex-Japan Airlines -400 in December 2010 as part of preparations for tests of a new wave of engines including the CFM Leap-1, Passport business jet engine, GEnx derivatives and the forthcoming GE9X for the proposed 777X.