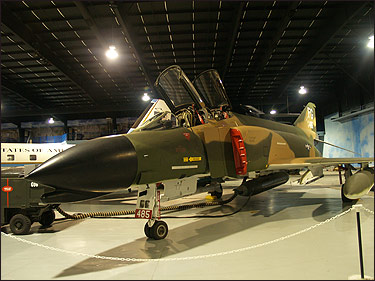 For the first time in its 29-year history, the Museum of Aviation at Georgia’s Robins Air Force Base is downsizing. The museum is getting rid of 29 planes and three missiles, which is about a third of its total collection.

Museum Director Ken Emery said the move is largely due to U.S. Air Force personnel cuts in 2011 that eliminated eight civilian positions at the museum, most of whom were restoration specialists. The museum, he said, doesn’t have enough personnel to properly maintain the aircraft, especially those outdoors.

“We’ve only been growing since we started,” Emery said last week as he showed some of the planes slated for removal. “This is really the first time we’ve had to make real decisions on downsizing the collection to preserve quality versus quantity.”

Some of the planes to be removed may not be missed much, but others certainly will. Probably the most notable one is the Boeing B-52 Stratofortress, a Cold War icon and one of the largest planes at the museum. From a distance, the eight-engined bomber appears to be in good shape. But Emery showed places underneath where the hull has rusted through. Some of the spots are covered by painted-over tape.

Repairing such a large plane would be very expensive, Emery said, and it would continue to take many man-hours annually to maintain. Ultimately, he added, no plane left outdoors is going to last indefinitely.

For the complete story by Wayne Crenshaw of Macon.com, click here.