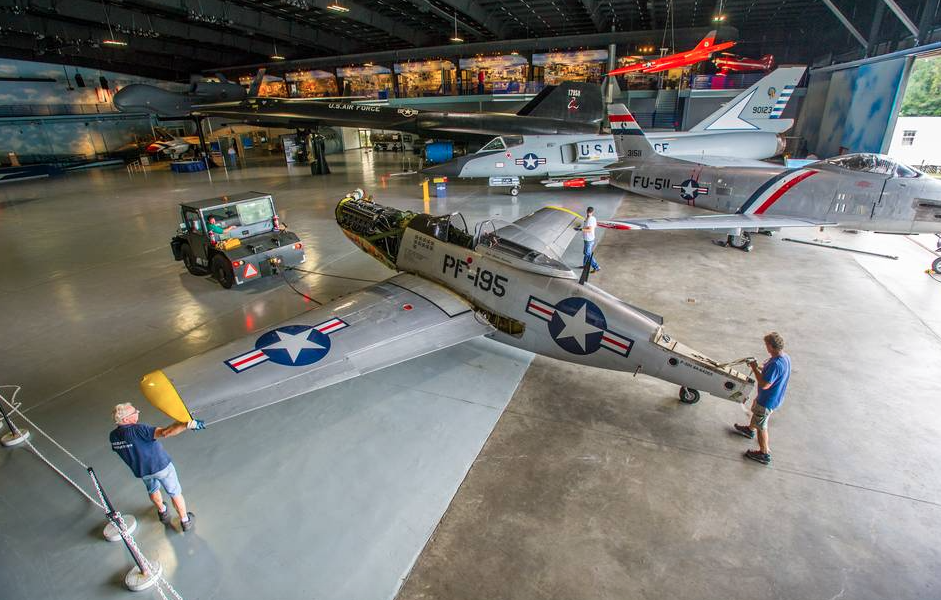 After finally getting a B-17 bomber in its arsenal of attractions, the Museum of Aviation in Warner Robins, Ga., now has the plane that protected it.

The museum staff has reassembled a fully restored North American P-51 Mustang fighter and rolled it into the Century of Flight Hangar. It will remain there on display for the time being but eventually will be in the Scott World War II Hangar along with the Boeing B-17 Flying Fortress, which is being restored.

The P-51 came to the museum from Chanute Air Museum in Rantoul, Ill., which is closing after losing some of its financial support. Mike Rowland, curator of the Museum of Aviation, said Chanute spent nine years restoring the P-51, and the plane was its prize possession.

For the complete story by Wayne Crenshaw of Macon.com, click here.