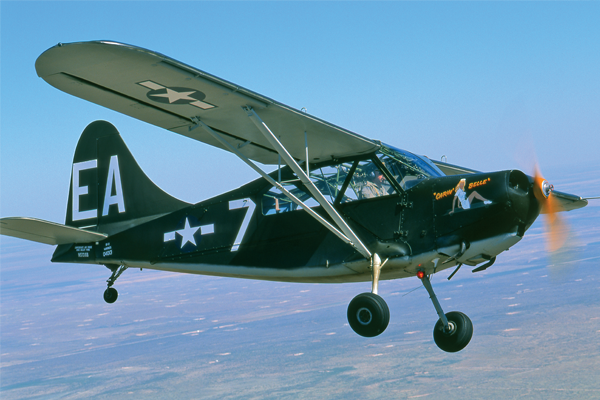 From Gliders to the Guinea Short Lines

When I was a senior in high school in 1942, I took advantage of the Civilian Pilot Training Program and earned my pilots license flying Waco UPF- 7s and PT-17s off a red dusty Oklahoma airfield near my hometown. As I waited to be called to active duty, I continued to build flying time and eventually earned my civilian instructor rating. With my chest puffed out proudly and my head held high, I was sent to Lakeland, Florida, as a civilian to instruct Army Primary in PT-17s.

The good times in sunny Florida didn’t last very long due to a little personality difference I had with an Army major. Actually, it was more of a head-on clash of strong wills and stubbornness—I just couldn’t keep my big mouth shut! It was obvious that one of us had to go, and I quickly found out the meaning of “rank has its privileges”; I drew the short straw and was shipped north to Tennessee. My new assignment consisted of giving 10 hours of dual instruction to new students in a J-5 Cub—not my dream job in the war effort! Eventually, I was granted a reprieve and called up for active duty.

I decided I wanted to try something a little different when it came to flying, so I signed up for the glider program. They welcomed me with open arms and great jubilation, and I was whisked away quickly before I had a chance to change my mind. I was intrigued with the thoughts of soaring through the air on lifting thermals and envisioned being sent to some faroff exotic training base. My dream was quickly shattered when I was sent to the back hills of Kentucky because some brilliant higher-up had decided that glider pilots should be more like commandos. For the next two months I endured a living hell as I learned to shoot everything from a .45-caliber pistol to a large field artillery piece. Day after day I was taught how to defuse live booby traps, kill with my bare hands and dig in the dirt for my next meal. Sixty days later with all 10 toes and fingers in their proper places, I was deemed physically fit to learn

To read more, click the link to open the PDF: General Delivery