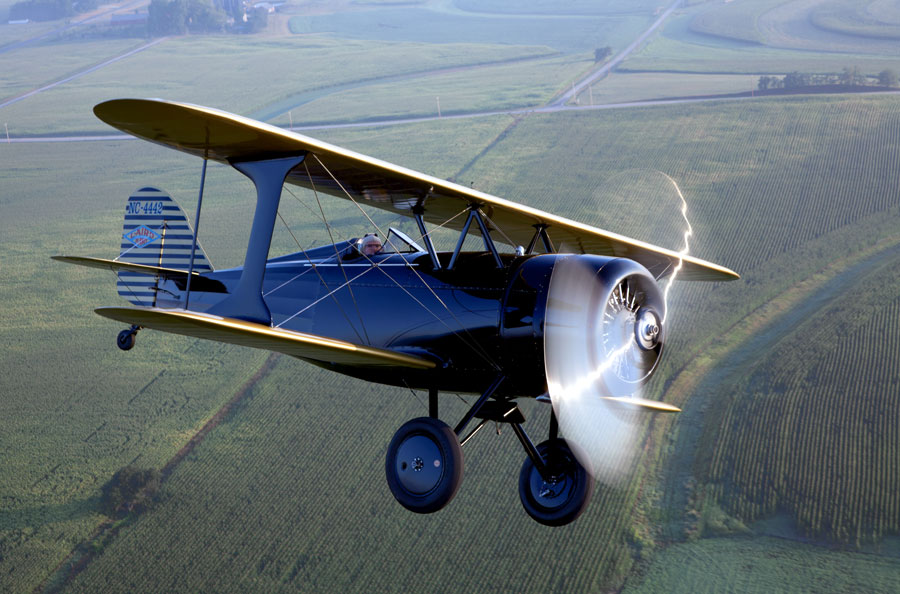 One of the more exciting periods of aviation development was also the darkest period in America’s financial history. A completely contradictory statement to be sure, but one has only to look at the decade beginning in 1929 to see that the roots of American aviation were, for some unknown reason, wildly nurtured by the black soil of Depression.

The early days of the Depression gave birth to the concept of the “sportsman pilot”: the pilot who was far above the financial fracas and could still afford the best. Every factory was looking for sales of any kind and fought for their share of the “wealth market” by designing personal transportation airplanes that were faster, sexier, and obviously more expensive than that of the competition. This was a narrow-niche market just made for E. M. Laird.

Emil Laird, better known as “Matty,” stood tall during this period and had a hand in almost anything that went fast or wanted to go fast. His “Solution” series of racers were legend and, when it came to high-performance flying machines, he was one of the go-to guys well known to wealthy sports pilots. His response to inquiries concerning a personal, high-speed airplane was the Laird LCW-300 Speedwing: a flying Ferrari for those who wanted, and could afford, the best in high-performance personal airplanes.

These limited production machines were first designed in 1929 with a 300hp Wright J-6 ahead of the firewall, which was replaced by a 450hp R-985 P & W in later years. The exact number built is debatable, but six or eight is close. The last one sat in limbo for a number of years and wasn’t actually assembled and licensed until 1936. At the time, the price was $15,000, an absolute fortune in Depression America.

The svelte airplanes were small for the times, only a 28-foot wingspan and were definitely small for the size of the engines that dragged them around and that was part of the secret of their performance.

Naturally, a lot of the airplanes’ takeoff performance and climb was courtesy of the big motor. However, it takes more than power to make an airplane fast. In the case of the Speedwing (a name shared with earlier hopped-up Travel Airs), Matty Laird’s aerodynamic genius came through in the form of drag reducing fairings and innovations everywhere on the frame. The rudder horn is streamlined and inter-plane struts are streamlined “I” struts. Almost every intersection between strut and airframe sports a meticulously shaped fairing to cheat the wind.

Today, only one of the breed exists anywhere in the world. In fact, it was the last Laird produced and is the Speedwing that wasn’t assembled until 1936. It quickly went through a small number of owners before being returned to a crate and didn’t come out again until 1960. Revived, it flew for about a decade before the owners lost steam during a second recovering and sold it to Walt Bowe of Sonoma, California, who finished the restoration. Recently, Walt began bringing the original prototype Twin Beech back to life so the Laird changed hands again, this time going to a vintage airplane collector in France.

Speed was everything to the 1930s sportsman pilot, a time when most biplanes struggled to touch 120mph. Bowe says, “The Speedwing cruises at 160mph at 20 gallons an hour, which is throttled well back. I never had it over 220mph and that was PLENTY fast!”

Of the Speedwing’s flying personality, Walt Bowe says, “It was a delight to fly.  Nice ailerons, fast and really stable.  Flew a lot better and 15mph faster with the front pit covered. Best way to sum it up: it’s a really fast biplane for the era and I miss owning it.”

Matty Laird was known for having a magic touch, when it came to designing airplanes, and the Speedwing may well have been his crowning glory.

By Budd Davisson (Visit Budd on the web at www.airbum.com)