Though it is a potentially overused aphorism to suggest that aviation is a lifestyle, passion, or any other axiom; certain people fortify this notion by exploring aviation in every outlet imaginable. For these possessed individuals, flying is not just a profession, hobby, or point of interest; it really is everything.

When examining the world of aviation fervor, a plethora of subcultures emerge: model makers, fence checkers, RC operators, air show attendees, kit builders, kite flyers, and the list goes on; there are even artists that specialize solely in aviation paintings. Then there are the professionals, those in the aviation trade; it’s how they pay their bills. Airline pilots, mechanics, white-collar aerospace company employees, and aviation military personnel all bring home the bacon because of the modern world’s need to put planes aloft.

One individual that has seamlessly managed to blur the lines of aviation as a profession and enthusiasm is Ryan Rankin. Though he has no ambition to make his name synonymous with flying, working aloft is in his blood (sorry, another cliche adage) and he has the professional bonafides to prove it: Naval Aviator, airline pilot, private aircraft owner, and now aviation businessman. 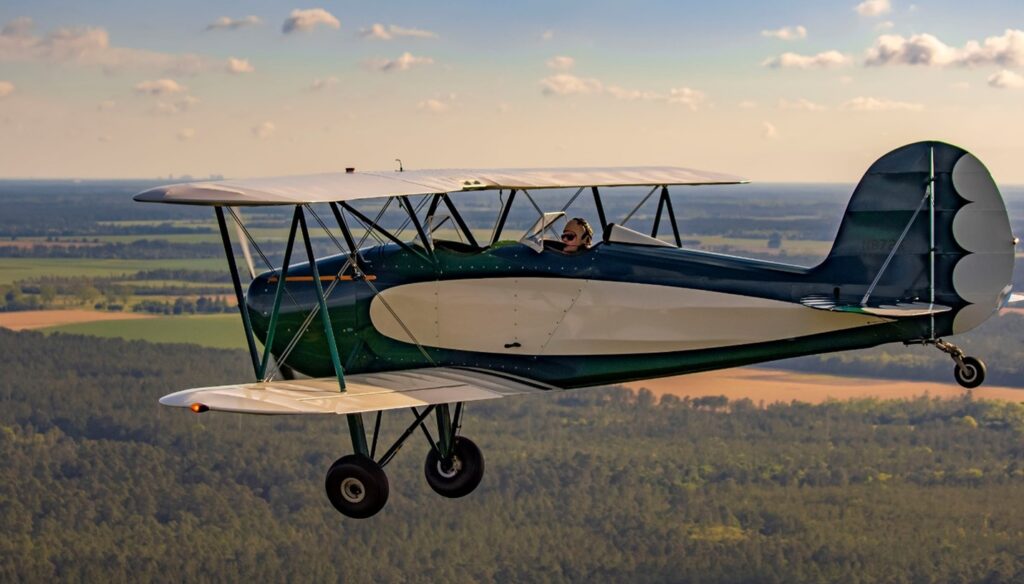 Though there’s plenty of pilots that are more than happy to make a living doing what they love, certain individuals—in particular those with creative urges—have the need to employ their love of aviation beyond simply earning a paycheck. Ryan’s way of injecting creativity into the world of aviation is, to say the least, rather high-brow.

The initial way in which he’s accomplished this is through furniture making. Prior to flying combat flights off aircraft carriers, Ryan had a minor foray into the world of furniture dealing, specifically mid-century modern. Combining this keen eye for utilitarian style with his love for flying, Ryan started designing his own furniture; not just evoking aircraft, but made of them. Like all artists, the process of creating as well as the authenticity of the medium is equally as important as the finished product. Sourced 100% from aircraft boneyard scavenging, the act of hunting for parts is one of Ryan’s primary interests. “My excitement about what I do, and going to boneyards, is 90% about finding unique artifacts and aviation history, with the remaining 10% being looking for desktops and table legs,” he says. This, as far as authenticity is concerned, is the most important aspect of Ryan’s creative process. Sure, the end result needs to look good, but it goes beyond mere aesthetic. “To me,” he adds, “the aircraft by design—as well as the physics behind them—is art in and of themselves. They are the inspiration.” Ryan knows where these parts come from and, as he mentioned above, the history behind them… there’s even a decent chance he’s flown some of the types of aircraft he’s salvaged parts from. 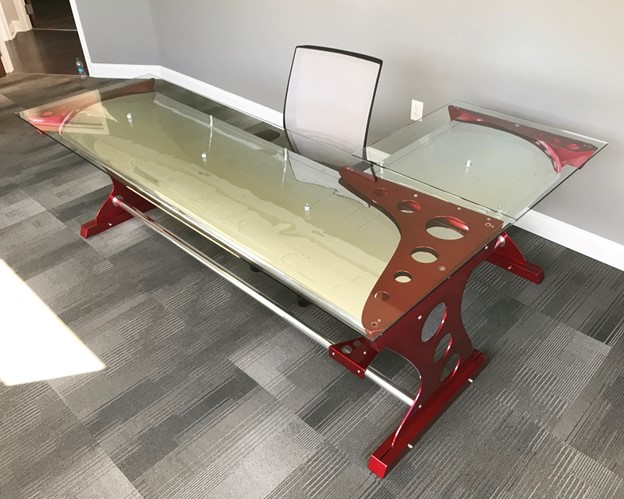 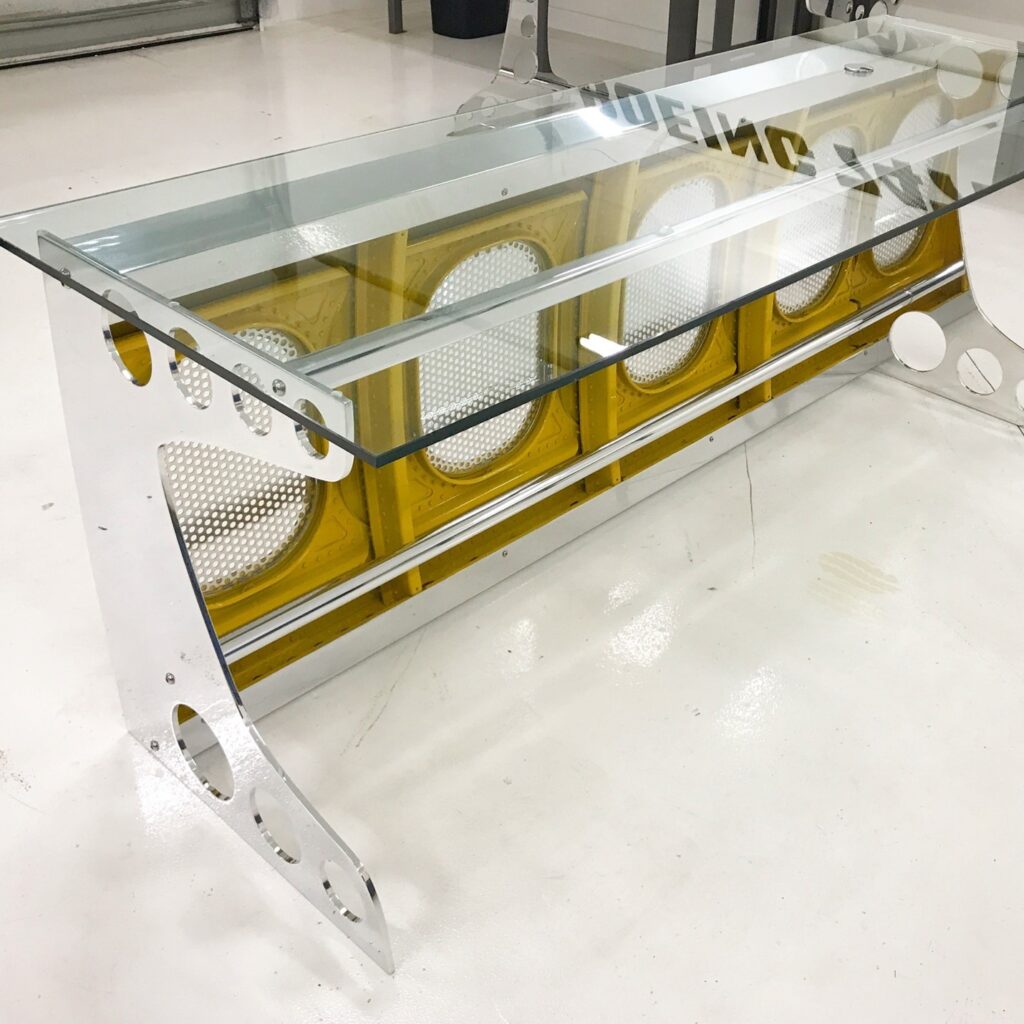 After years of flying in the Navy, flying his 1929 Great Lakes 2T around the Gulf Coast, and building unique pieces of aviation furniture; Ryan’s aviation passion still wasn’t fulfilled. That’s why, in 2017, he embarked on an ambitious goal to fly 52 different aircraft in one year—one for each week. The project was called Ryan Flies and he flew “everything from seaplanes to helicopters.” On the ambitions of the project, Ryan stated, “I filmed every flight, interviewed the aircraft owners, and really delved into the history of each individual aircraft.” Though listing all 52 platforms would be too cumbersome, the project took him to Poland to fly a number of aircraft, including a Polikarpov Po-2, a Bo-105 Helicopter, and a de Havilland Tiger Moth, England where he flew an Ikarus C42 and a Vans RV-10, and plenty more stateside; notably a P-51 Mustang, Hughes OH-6, and a Lockwood Aircam.

His latest venture is something more accessible to the average aviation enthusiast. “I want to share these physical pieces of aviation with those that love it as much as I do, but not everyone has the money, or room, for a wing desk or engine turbine coffee table.” That’s why he’s launched Jet Eyes, an idea aimed at letting everyone take home a piece of their favorite aircraft. If Ryan discovers a segment of a beloved or truly unique plane—something beyond restoration—he’ll cut it up, beautifully stylize it, and make it available to anyone that wants to own a slice of that history. “These parts are finite, so they’re all limited runs,” he emphasizes. 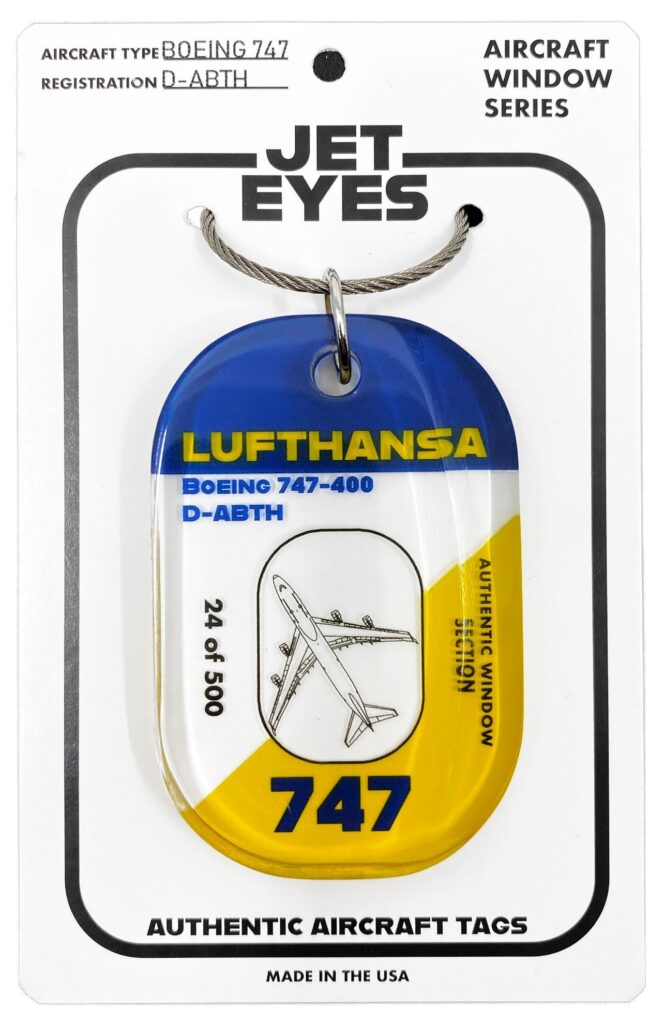 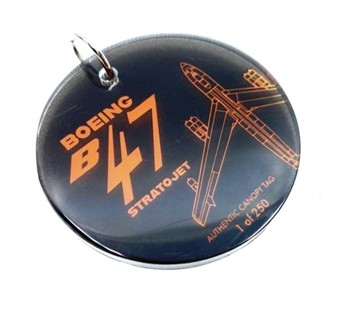 It’s almost as if an entirely new subculture has been born; somehow combining the keen eye of antique collectors and pickers, the knowledge of an historian, the technical skill of a craftsman, and creative process of an artist. “I sometimes refer to it as aviation archeology,” jokes Ryan. Unfortunately, not every airframe hauled to a boneyard has the luxury of receiving a full restoration back to flying condition, museum piece, or roadside lawn ornament. Thankfully, projects like Ryan’s manage to rescue truly fascinating pieces of aviation history from their dusty boneyard fates and share them with anyone who wants to own a piece of their favorite aircraft. –By A. T. Roberts 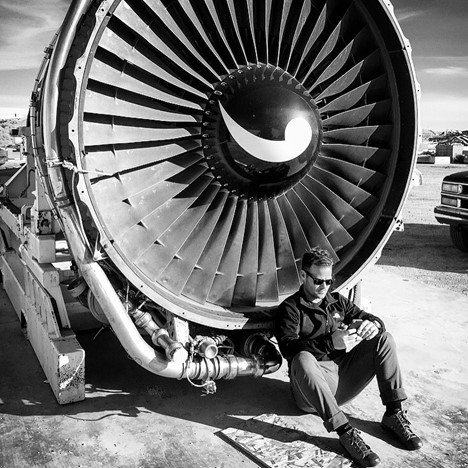