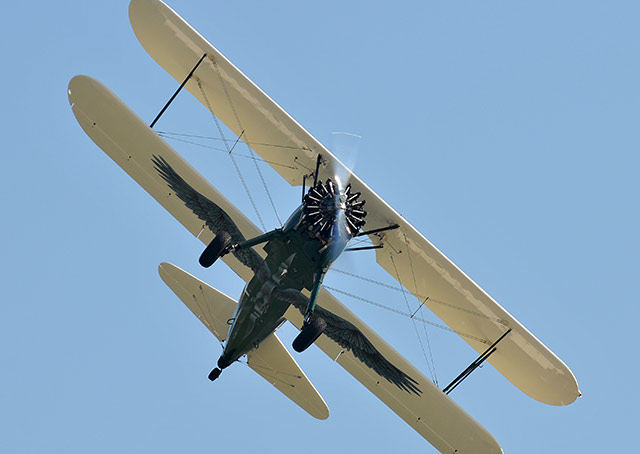 British pilot and speaker Tracey Curtis-Taylor is flying her 1942 Boeing Stearman biplane from England to Australia to honor aviation pioneer Amy Johnson, who made a similar flight in 1930.

Curtis-Taylor won’t retrace Johnson’s 1930 route, which went through Iraq and Syria. She expects to spend three to four months on the journey, which started October 1 from Farnborough, England. Johnson made her flight in 20 days to set a record.

Curtis-Taylor’s first leg took her 262 statute miles from Farnborough, England, to Charleville, France, where she wrote on her Facebook page that her airplane “Spirit of Artemis,” named after the financial company that sponsors her, was tied down in a hayfield. While the original route in 1930 was a straight, 9,500-statute-mile line, Curtis-Taylor’s route will be 13,000 miles to Sydney, Australia.

For the complete story by Alton K. Marsh of AOPA.org, click here.