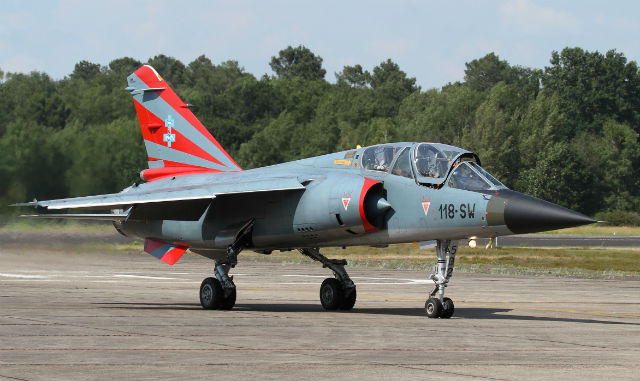 The French air force has retired its last squadron of Dassault Mirage F1s from operational use, with the type due to make its final appearance during Bastille day celebrations next month.

Mont-de-Marsan-based reconnaissance unit 2/33 “Savoie” staged a farewell event on 13 June, with four of its 14 aircraft appearing with retrospective colour schemes or special tail markings. The squadron’s 11 single-seat Mirage F1CRs and three two-seat F1Bs are to be transferred to Châteaudun for storage and eventual disposal, with six to be maintained long enough to allow four to participate in a Bastille Day flypast over Paris.

France had operated the Mirage F1 for 40 years prior to the retirement event, with the strike and fighter aircraft having assumed the tactical reconnaissance role later in its service life. Flightglobal’s MiliCAS database records the air force’s final examples as having been built between 1980 and 1987.