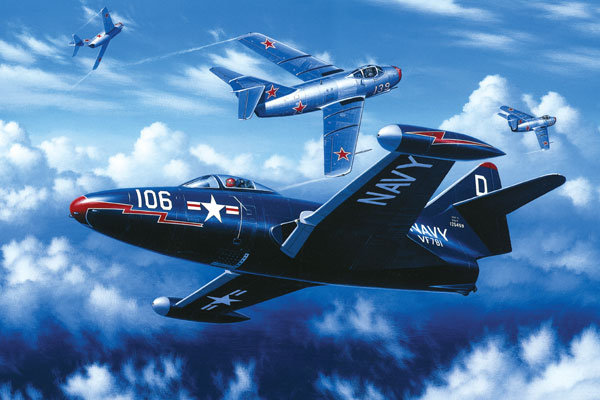 The Korean Combat the U.S. Tried to Forget

November 18, 1952: The cloud cover was 500 feet above the freezing Sea of Japan; visibility estimated at two miles in blowing snow as the Siberian blizzard howled over the pitching, rolling shapes of the ships forming Task Force 77. On the flight deck of the USS Oriskany (CVA-34), the deck crews maneuvered two Grumman F9F-5 Panthers of VF-781 onto the catapults. Division leader Lieutenant Claire Elwood and wingman Lt.(jg) John Middleton advanced their throttles and held the planes in position by standing on the brakes. They were then shot off the bow in quick succession, dipping low over the gray seas as they tucked their gear. Section leader Lieutenant Royce Williams and wingman Lt.(jg) David Rowlands moved into position and soon followed Elwood and Middleton as spray flew over the rising bow. In the blizzard snow, the four dark blue jets were soon swallowed in the blinding white flurries within the clouds, their noses high, climbing under full power at 5,000 feet per minute.