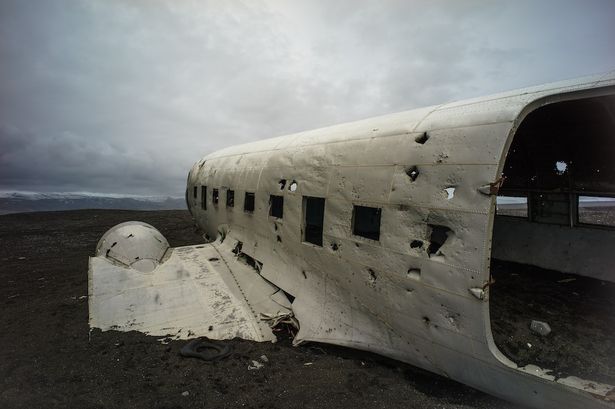 Lying on a black sandy beach in the south of Iceland, the wreckage of a crashed U.S. Navy aircraft looks like something from a post-apocalyptic movie. Amazingly, the crew all survived the impact, when the Douglas Super DC-3 was forced to crash land on Sólheimasandur beach on Nov. 24, 1973.

But the plane was abandoned rather than recovered, meaning the weather-beaten remains are still standing at the crash site.

These incredible shots of the aircraft were taken by Eric Cheng, 38, photographer and director of aerial imaging at drone manufacturer DJI, who visited with his wife Pam.

For photos and the complete story by Ian Hughes and Tom Midlane of Mirror.co.uk, click here.