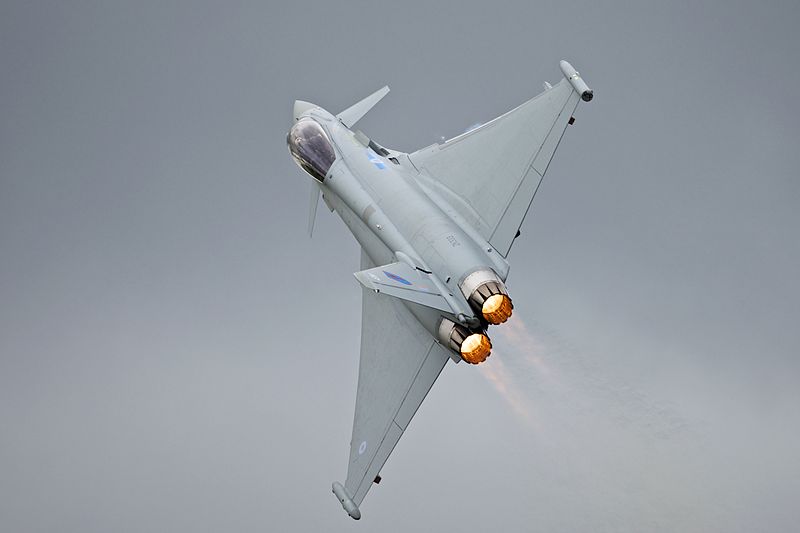 The Royal Air Force’s Typhoons, otherwise known as the Eurofighter EF2000, is one of the most capable high performance fighter aircraft in the world.

Although it lacks the stealth design features of cutting-edge “fifth-generation” fighter aircraft, it makes up for it in blistering performance and handling, a near seamless man-machine interface, and a defensive countermeasures and electronic warfare suite that is second to none.

Like the Lockheed Martin F-22 Raptor, the Typhoon can cruise at speeds faster than the speed of sound without the use of afterburner (supercruise) while carrying a relevant weapons load, which equates to forcing the enemy make decisions faster and allowing the AIM-120 AMRAAM beyond visual range missiles that the Typhoon carries into battle to have greatly increased kinematic performance. The aircraft can also maximize its range and efficiency by cruising at higher altitudes, which also helps with increases sensor reach and high potential energy when entering into an air-to-air engagement.

For video and the complete story by Tyler Rogoway of Jalopnik’s Foxtrot Alpha, click here.