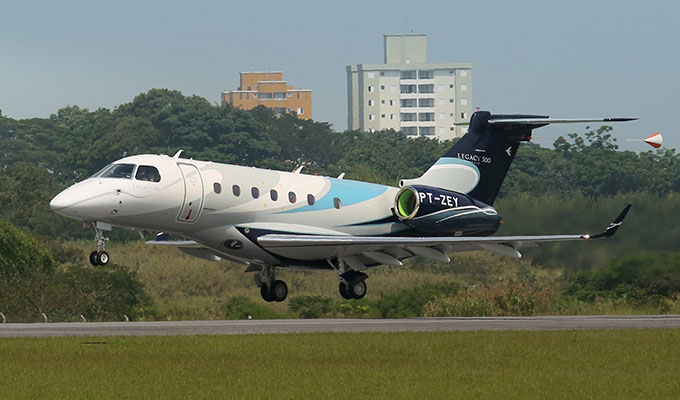 What’s the coolest airplane in the world, at least that a civilian could buy? There are some impressive contenders for that unofficial title, including a couple I’ve had the chance to fly in the past year, such as the Gulfstream G650 and the Cessna Citation X+.

The Embraer Legacy 500, a long-awaited midsize marvel from the Brazilian manufacturer that has forged its way into the business aviation market with a handful of brilliantly engineered airplanes, the first couple of which, the Legacy 600 and Lineage 1000, were bizjet versions of successful regional airliners. The follow-ons were two light jets, the Phenom 100 and Phenom 300, which have become strong competitors against Cessna’s CJ models.

With the Legacy 500, Embraer clearly looking to move upstream with an airplane it hoped would enter service as the most technologically advanced midsize model available. Mission accomplished.

For the complete story by Robert Goyer of Flying, click here.