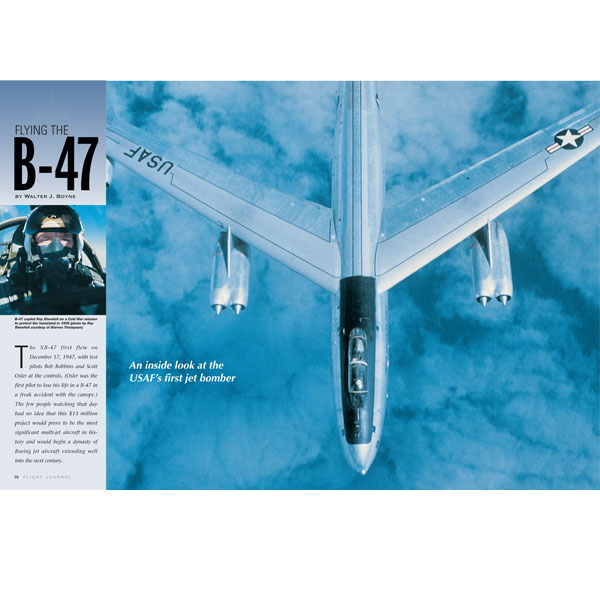 Ten years ago in Flight Journal
In the April 2002 issue of Flight Journal, the multi-faceted Walt Boyne, known to the world as a familiar face on many TV aviation documentaries as the former Director of the National Air and Space Museum, and as the author of dozens of nationally recognized books and novels, steps back into his former career as a USAF pilot. He takes us on board the B-47 and gives us a pilot’s eye view of America’s first operational nuclear jet bomber. By coincidence, he also penned the “Tailview” in the April 2012 issue. Read it now!