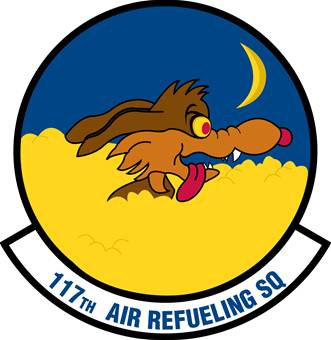 Fueling the fight from thousands of feet in the air, The Alabama Air National Guard plays a vital role in protecting our nation and going to war.  CBS 42’S Mike McClanahan brings us a bird’s eye view of the 117 Refueling Wing based in Birmingham, Ala.

“So…aerial refueling is our primary mission. We also do what we call medevacs which is Air medical evacuations where we go and get people that are hurt, that have been injured, we go get them from theater and bring them back home which is always a positive mission for us to be involved with,” said Maj. Lacy Gunnoe.

Flying in a Boeing KC-135R, we take off in Birmingham and reached the Gulf of Mexico in about an hour.

“We’ll meet up on different tracks that are all over the United States. There’s certain air space that is dedicated to military operations we’ll meet up in that air space and refuel in that area too,” said Maj. Gunnoe.

It’s a delicate dance.  You’ve got a pilot and co-pilot up front in the refueling plane, plus the boom operator.  Then, of course, the other pilot.  This is taking place at speeds at over 400 miles an hour, sometimes on a plane carrying hundreds of thousands of pounds of fuel.

“You do a lot of simulators before you get on an actual plane so there’s a lot of practice and understanding about what’s going to happen,” said 1st Lt. Roberta Parker.

For the complete story and video by Mike McClanahan of CBS 42, click here.