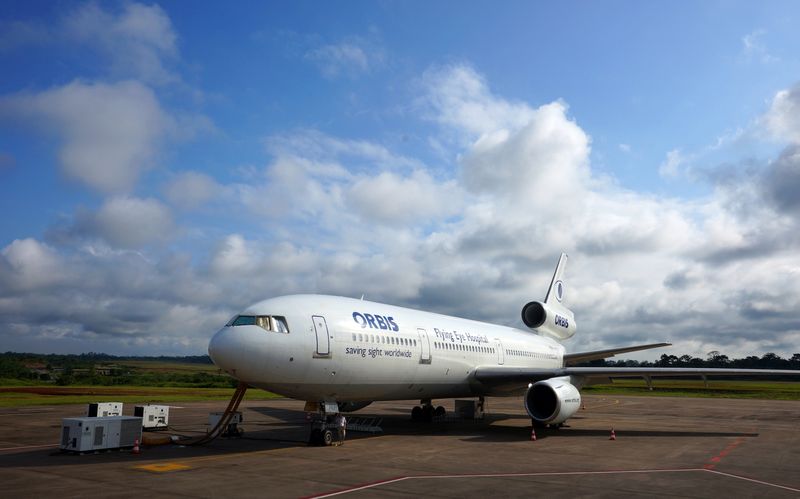 From the outside, the McDonnell Douglas DC-10 jet parked on the airport runway looks like any ordinary plane. But if you step inside, you’ll notice something is not quite right. Instead of rows of seats, you’ll find a fully equipped operating theater; rather than uniform-clad flight attendants, you’ll see a group of doctors in blue coats gathered around a microscope.

This is the world’s only “Flying Eye Hospital” — a converted plane that has been landing at airports in the developing world for the last 30 years. Its mission is to treat people suffering from blinding diseases — many of whom are children.

But it’s not just about treatment; the plane is also designed to train local ophthalmologists. Cameras inside the operating room broadcast eye surgeries to a 48-seat classroom at the front of the plane, where local doctors watch to learn new skills and techniques. A two-way audio system lets the observers ask the surgeons questions while they operate.

For the complete story by Stephanie Ott of CNN, click here.