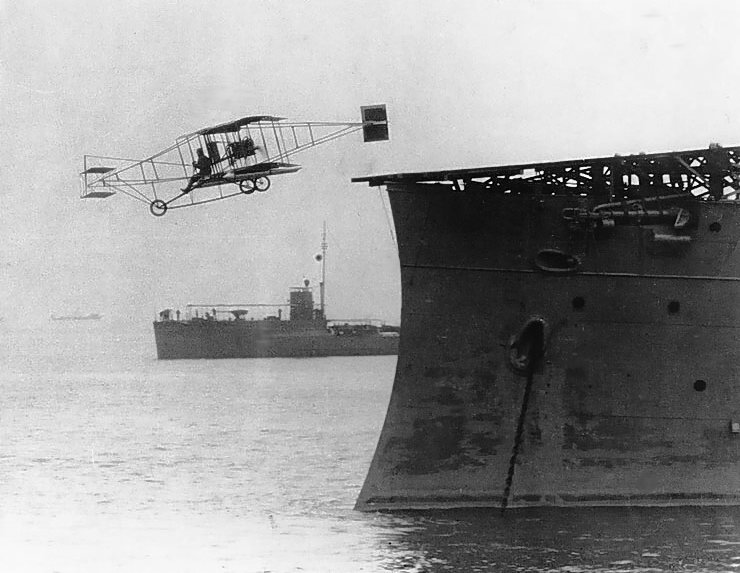 It was Nov. 14, 1910, and excited sailors were hanging from every inch of the forward part of the USN cruiser Birmingham. They were even high in the rigging, hands wrapped tightly around cables and masts. All eyes were focused on a fragile bamboo and fabric contraption that was perched high over the ship’s bow.

Then the engine revved up, and the machine, of a type few had actually seen, slowly rolled forward gaining speed. Without warning, it fell off the the platform and disappeared from sight. The crew was stunned.

Abruptly, a thunderous cheer engulfed the cruiser as Eugene Ely and his Curtiss A-1 reappeared, its wheels wet from kissing the sea, as it clawed for altitude: a newfangled machine called an “airplane” had just completed the first successful takeoff from a makeshift carrier, and the U.S. Navy was officially in the airplane business. A century of webfoot aviation was on its way.