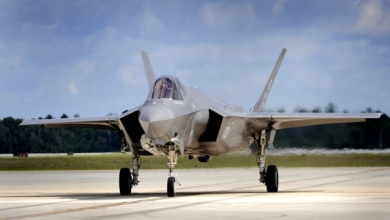 Retrofitting a fix to the F135 propulsion systems in the 21-aircraft-strong Lockheed Martin F-35 Lightning II test fleet could begin in November and be complete as soon as early next year, according to Bennett Croswell, president of Pratt & Whitney military engines.

This would finally get the program back into a solid pace of flight testing, which has been interrupted since the June 23 fire caused by an catastrophic engine failure in an A model of the Lockheed Martin aircraft just prior to takeoff at Eglin AFB, Florida. Aside from six flight test aircraft for which the envelope has been expanded owing to the status of their engines, the remainder of the fleet is being handled somewhat gently with low-g flight and limited rolls.