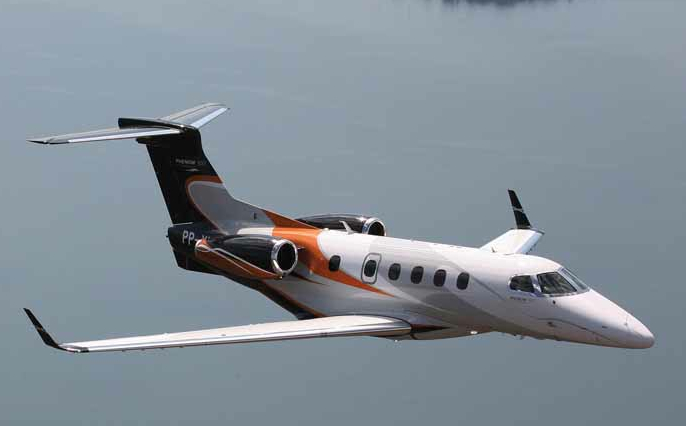 Embraer Executive Jets’ first made-in-the-USA Phenom 300 was rolled out and made its first flight yesterday. The aircraft joined the production line in September and Wednesday’s flight marks the anniversary of the maiden flight of the first Phenom 100 to be produced in the U.S.

Delivery of the light Phenom 300, which seats up to 11 and is powered by twin Pratt & Whitney jets, is scheduled to go to the Embraer Executive Jets’ Melbourne-based flight department for use as a flight demonstrator aircraft.

“This is a major milestone for our facility,” said Phil Krull, managing director of Embraer’s 23-month-old U.S.-based production facility. “The reduction in production time to half of what it took for the first Phenom 100 means the processes we put in place for production have now matured. We are now on schedule to produce eight per month in the coming months as and when we require full production capacity.”

Brazil’s Embraer, the third largest airplane builder and perhaps best known for its regional jets, opened the Melbourne production facility in February 2011 and the nearby 58,000-square-foot Global Customer Center last December. In November, it broke ground for its newest venture in its aeronautical campus, the $26-million, 67,000-square-foot Embraer Engineering and Technology Center USA, expected to be completed in mid-2014.

“The rollout of the first made-in-the-U.S.A. Phenom 300 is another historic marker for our company,” said Ernest Edwards, president of Embraer Executive Jets. “The $50-million development of our current Melbourne facilities, coupled with equally significant investments in manufacturing elsewhere, brings to fruition our goal of becoming a major, global aviation company.”