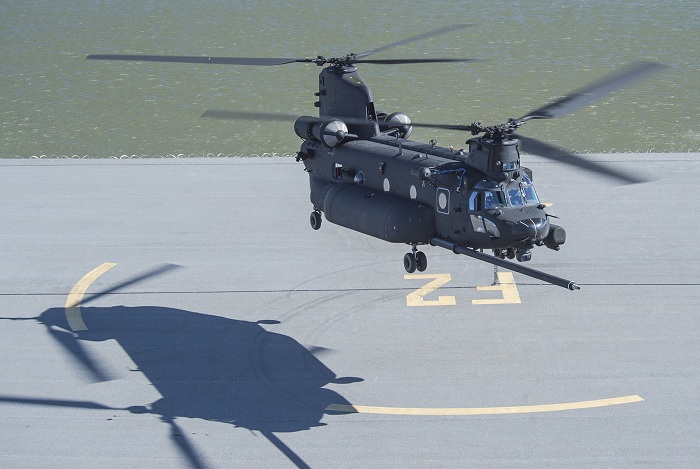 U.S. Special Operations Command aviators already fly a highly advanced version of the Boeing CH-47 Chinook heavy lift helicopter, but not until Monday did they have one built from scratch.

The command’s MH-47Gs, as they are designated, have previously been heavily retrofitted CH-47C, D and E models. Building the aircraft from the ground up allowed for a monolithic, machined airframe rather than sheet metal, which cuts down on vibration fatigue and subsequent maintenance.

Design work began in 2011 and first flight of the first new-build of a total eight on order took place in late September. The helicopter is slated for the 160th Special Operations Aviation Regiment, known as the Night Stalkers, and was delivered at Boeing’s Ridley Park facility near Philadelphia, Pa., on Sept. 29.

For the complete story by Dan Parson of Flightglobal.com, click here.