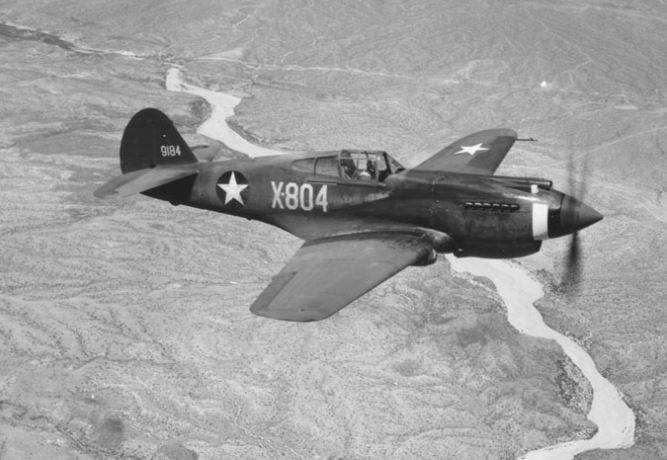 Kelsey was interested in the Allison engine because it was sturdy and dependable, and it had a smooth, predictable power curve. The V-12 engine offered as much power as a radial engine but had a smaller frontal area and allowed a more streamlined cowl than an aircraft with a radial engine, promising a theoretical 5% increase in top speed. Without a superchargers however, the P-40 Warhawk remained remain in service as a low altitude fighter.