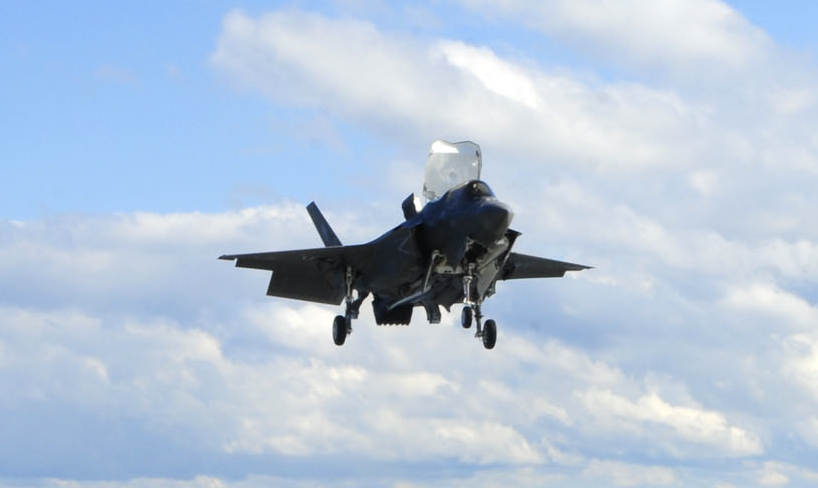 In what was history in the making, the first F-35 Lightning II, also known as the Joint Strike Fighter, landed at Marine Corps Air Station Yuma (Ariz.) on Friday. U.S. Marine Corps pilot Maj. Aric Liberman arrived at the air station about 1 p.m., having flown in from Lockheed Martin’s production plant in Fort Worth, Texas.

“The delivery of VMFA-121’s first F-35B is a tremendous milestone for our country, the Marine Corps, Marine Corps Air Station Yuma, Marine Aircraft Group 13, 3rd Marine Air Wing, the hard-working Marines of VMFA-121 and the city of Yuma. This marks the transition to the next generation of aircraft for the U.S. military and our Marine Corps,” said VMFA-121 commanding officer Lt. Col. Jeffrey Scott.

The F-35B is the variant of the Joint Strike Fighter designed for use by the U.S.M.C. as well as the international partners of the United Kingdom and Italy. The fighter jet is capable of short take-offs and vertical landings, and is able to be used on amphibious ships, ski-jump aircraft carriers and expeditionary airfields.

For the complete story by James Gilbert of the Yuma Sun, click here.