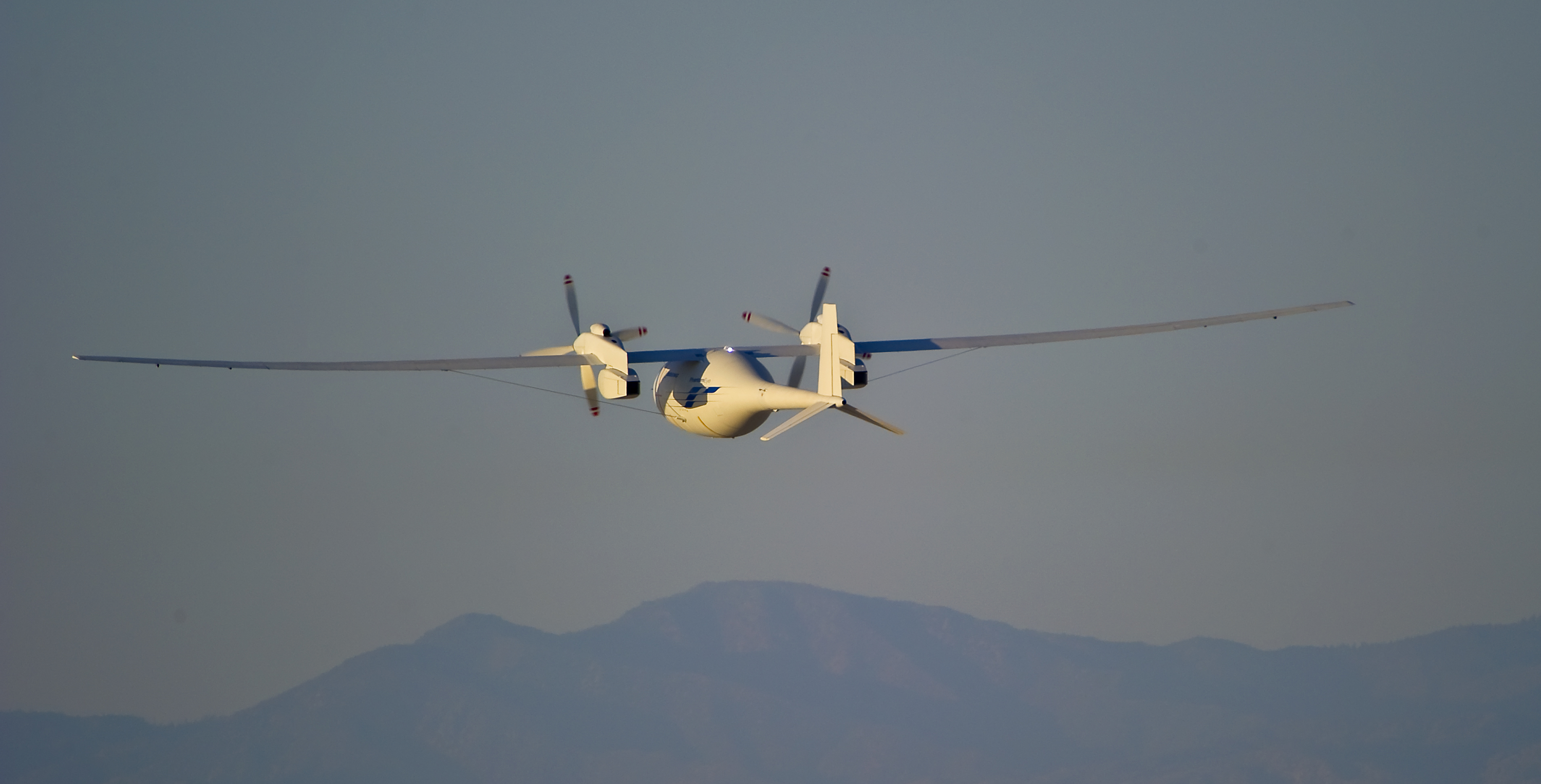 The Boeing Phantom Eye unmanned airborne system or UAS is a high-altitude, long endurance air vehicle optimized to remain aloft up to four days at a 65,000-foot altitude. It successfully completed its first flight of 28 minute on June 1, 2012, at NASA’s Dryden Flight Research Center at Edwards Air Force Base, California. After touching down, however, the aircraft received damage when the landing gear dug into the lakebed and broke. The liquid-hydrogen powered air vehicle reached an altitude of 4,080 feet and a cruising speed of 62 knots during its initial check-out flight.

“This day ushers in a new era of persistent Intelligence, Surveillance and Reconnaissance (ISR) where an unmanned aircraft will remain on station for days at a time providing critical information and services,” said Darryl Davis, president, Boeing Phantom Works. “This flight puts Boeing on a path to accomplish another aerospace first—the capability of four days of unrefueled, autonomous flight.”

“This flight demonstrated Phantom Eye’s initial handling and maneuverability capabilities,” said Phantom Eye Program Manager Drew Mallow. “The team is now analyzing data from the mission and preparing for our next flight. When we fly the demonstrator again, we will enter higher and more demanding envelopes of high-altitude flight.”

Phantom Eye has a unique, environmentally friendly liquid-hydrogen propulsive system creating only water as a byproduct. This demonstration air vehicle (pictured) has a 150-foot wingspan and can carry a 450-pound payload.  —Steve Pace