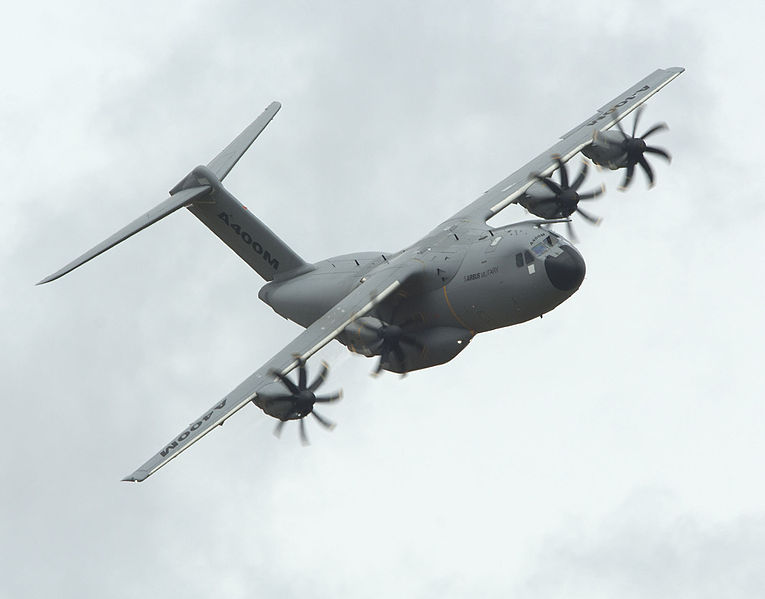 The handover of the first Airbus A400M turboprop transport took place during a ceremony Monday at the aircraft’s final assembly line in Seville, Spain, an event that formalized the aircraft’s previous delivery to the French Air Force two months ago.

The first four-engined A400M, which was rolled out in 2008 and took its maiden flight in 2009, was finally delivered to France on Aug. 1. Located at Orleans–Bricy Air Base southwest of Paris, where it will be deployed on military and humanitarian missions following its initial use for training. In preparation for the milestone first delivery, Airbus Military conducted more than 5,000 flight-test hours with its first-built A400Ms – certifying the aircraft to both civil and military standards – while nearly 40,000 people were involved during the 10-year development of this major European defense program.

The A400M, the product of a long-delayed program that had its beginnings in the early 1980s, was tailored to the combined needs of seven European nations: Belgium, France, Germany, Luxembourg, Spain, Turkey and the U.K.. A total of 174 A400M aircraft have been ordered, including 50 by France. The transport is sized midway between the Lockheed C-130 and the Boeing C-17.

From an Airbus Military news release