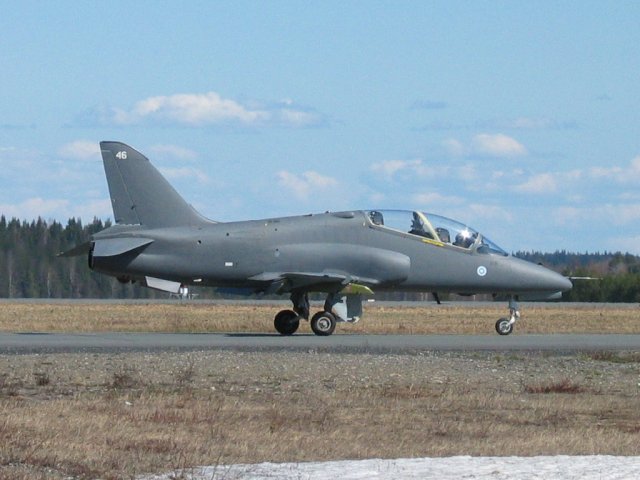 The Finnish defense force says that two BAE Systems Hawk jets have collided in midair during a training flight and that both pilots ejected.

The air force says officials have been in contact with one of the pilots but gave no details in a brief statement on its website. It declined to take calls, saying that all information would be posted online. The statement said the accident occurred in a sparsely populated area of western Finland at 12:13 p.m. Wednesday and that two parachutes were observed in the sky.

The air force says that since 1958 ejector seats have been used 27 times during accidents and that one pilot was killed in a collision with another jet in 2001.