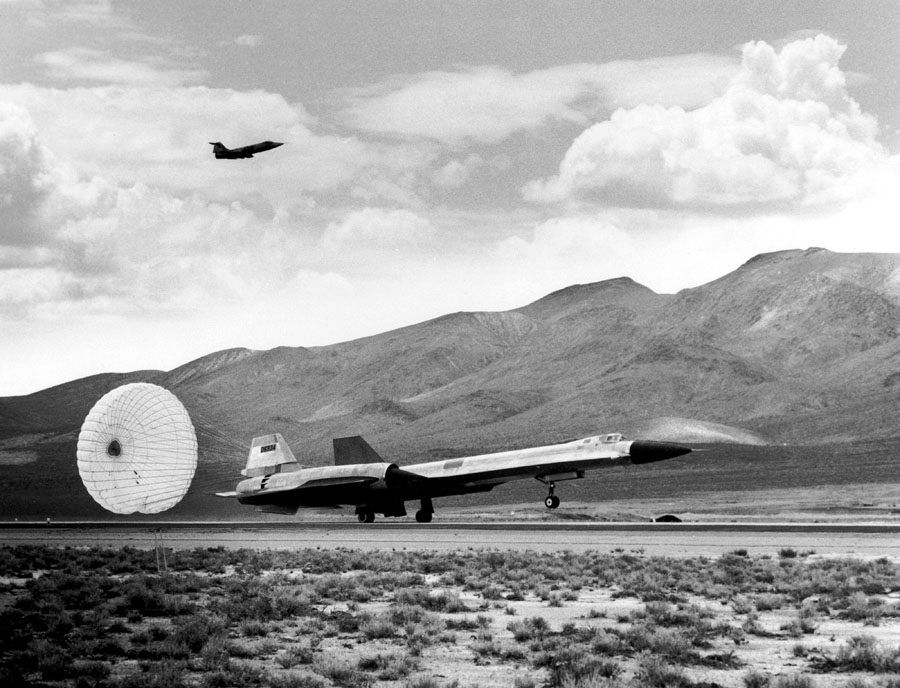 It was first publicly known as the A-11, then the YF-12A, but it actually began life in total secrecy as the AF-12. We’ll call it the YF-12A because that’s what its buyer, the U.S. Air Force, designated it and it was just one of the many derivatives of the Lockheed-built CIA-funded A-12 series of aircraft that ultimately led to the creation of the still amazing SR-71 Blackbird.

While Lockheed Advanced Development Projects (better known as the Skunk Works) was manufacturing the fleet of CIA A-12s in Palmdale, California, three of these A-12 airframes were completed as AF-12s instead – the A meaning “article” and the F meaning “fighter.” These three airframes (USAF serial numbers 60-6934 to 60-6936) had been ordered by the USAF using fiscal year 1960 defense budget monies for what was initially called the Improved Manned Interceptor (IMI) program under the highly classified KEDLOCK project.

Soon to celebrate its 50th anniversary of flight, the first of the three YF-12A airplanes built (60-6934) made its first flight from Area 51, which is located at Groom Lake, a dry lakebed within the boundaries of Nellis AFB, Nevada, on August 7, 1963. It was piloted by Skunk Works test pilot James D. “Jim” Eastham who was also tasked with the writing of the YF-12A Pilot Flight Manual.

In a number of successful Hughes AIM-47 Falcon air-to-air missile firings, directed by the Hughes AN/ASG-18 fire control system, the Mach 3 (2,000mph) YF-12A shined brightly and the USAF Air Defense Command ordered 93 production aircraft designated F-12B. However, then Defense Secretary Robert S. McNamara, refused to release the appropriated funds, and the F-12B program was cancelled in early 1968. Thus the YF-12A aircraft were turned over to NASA for high-speed research.