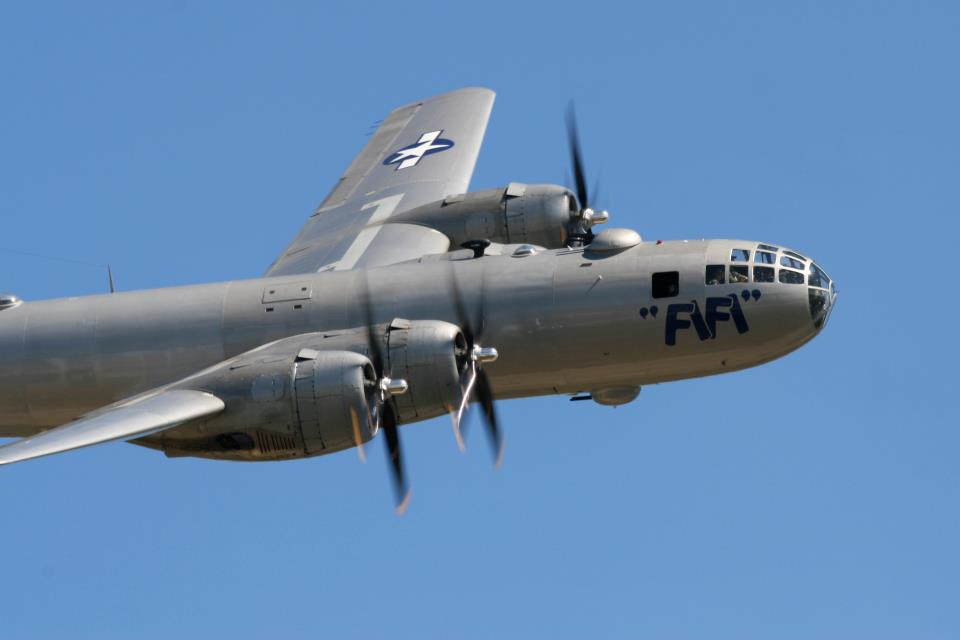 Residents of Pensacola, Fla., will witness a rare sight next week when the Commemorative Air Force’s (CAF) iconic Boeing B-29 Superfortress bomber “FIFI” — the only remaining flying example of the aircraft in the world — lands at Florida’s Pensacola International Airport accompanied by the true combat veteran North American P-51 Mustang “The Brat III,” the only Curtiss SB2C Helldiver in the world and the famous Beechcraft C-45 Expeditor “Bucket of Bolts.”

The aircraft, all part of the CAF AirPower History Tour, will be on display and offering rides throughout the stop. Visitors will have the opportunity to tour the B-29 and purchase rides on all of the visiting aircraft. The airplanes will be on the ramp Thursday, Feb.13 through Sunday, Feb. 16.

The Boeing B-29 Superfortress, first flown in 1942, began active service in 1944 and is perhaps best known as the aircraft whose missions over Japan helped bring about the end of World War II. It was designed as a replacement for the older B-17s and B-24s, with longer range and greater bomb loads. The B-29 was also used in the Korean War in the early 1950s and was a staple of the U.S. Air Force until the late 1950s.

FIFI, celebrating her 40th year of flight with the CAF in 2014, will visit local airports in 11 Florida cities during February and March as the feature aircraft in the CAF AirPower History Tour. The tour brings aircraft, pilots and crews from over 70 CAF units across the country together to create an ever changing assortment of touring military aircraft. The airplanes bring the sights, smells and sounds of World War II aviation history to audiences across the U.S. These aircraft are powerful “hands on” history lessons for young and old alike.