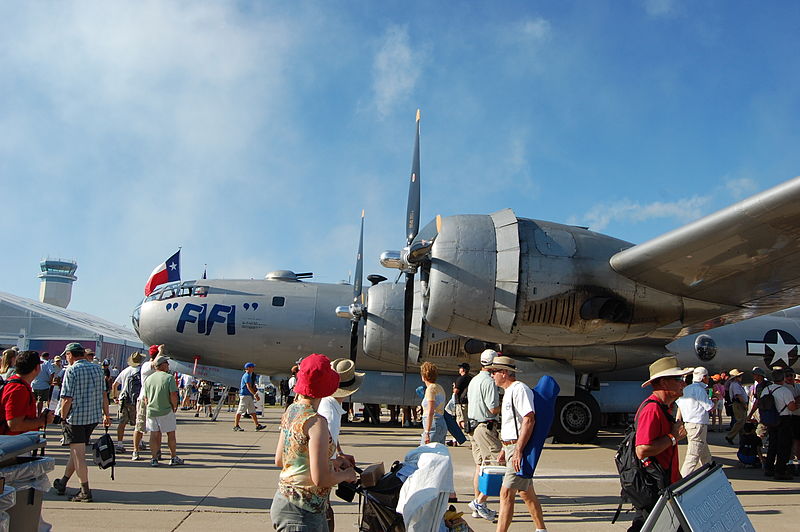 Two of World War II’s most iconic aircraft, the Boeing B-29 Superfortress and the Consolidated B-24 Liberator, will be back at EAA AirVenture Oshkosh this summer as part of the Commemorative Air Force’s “Ghost Squadron” at The World Greatest Aviation Celebration.

The airplanes will be among the two most noteworthy of the hundreds of warbird aircraft at Oshkosh beginning July 29, as they will participate in AirVenture air shows during the week. In addition, the B-29 will be available for flights during AirVenture week, based at Outagamie Regional Airport in nearby Appleton.

“These two aircraft are always popular, not only because of their historical importance from the World War II era, but because flying examples of them are so rare,” said Jim DiMatteo, EAA’s vice president of AirVenture features and attractions. “Since Oshkosh is the world’s largest annual gathering of warbird aircraft, the audiences here truly appreciate the airplanes’ roles during the war as well as the tremendous dedication needed to keep ‘em flying.”

The CAF’s Boeing B-29 “FIFI“ is the only one still flying in the world. It was discovered at a Navy weapons center near China Lake, Calif., in 1971 and brought to Texas. It was first flown at air shows in 1974 and has been continually restored and upgraded, most recently this past winter with the replacement of the one of the Curtiss-Wright 3350 engines. The airplane was christened FIFI in 1974 in honor of the wife of Col. Victor N. Agather, who had been on the wartime development team for the aircraft and had been personally committed and involved with the airplane’s restoration in the early 1970s.

The Consolidated B-24 “Diamond Lil” came to the CAF in 1969 after a long history of military and civilian service since the bomber was built in 1941. It was originally restored in the colors of the 98th Bomb Group of the 9th Air Force. In 2006, a major restoration project renewed the original B-24A bomber configuration.

The two aircraft make numerous appearances throughout the country during the year, but will be part of the massive annual gathering of former military aircraft that come to Oshkosh. The two airplanes are scheduled to be at EAA AirVenture throughout the week. Flight opportunities aboard the aircraft will be announced in the near future here.

In anticipation of the B-29’s return to Oshkosh, EAA will host a free webinar on March 27 about the history and operation of FIFI. CAF officials will talk about saving and restoring the aircraft, as well as its current operations.