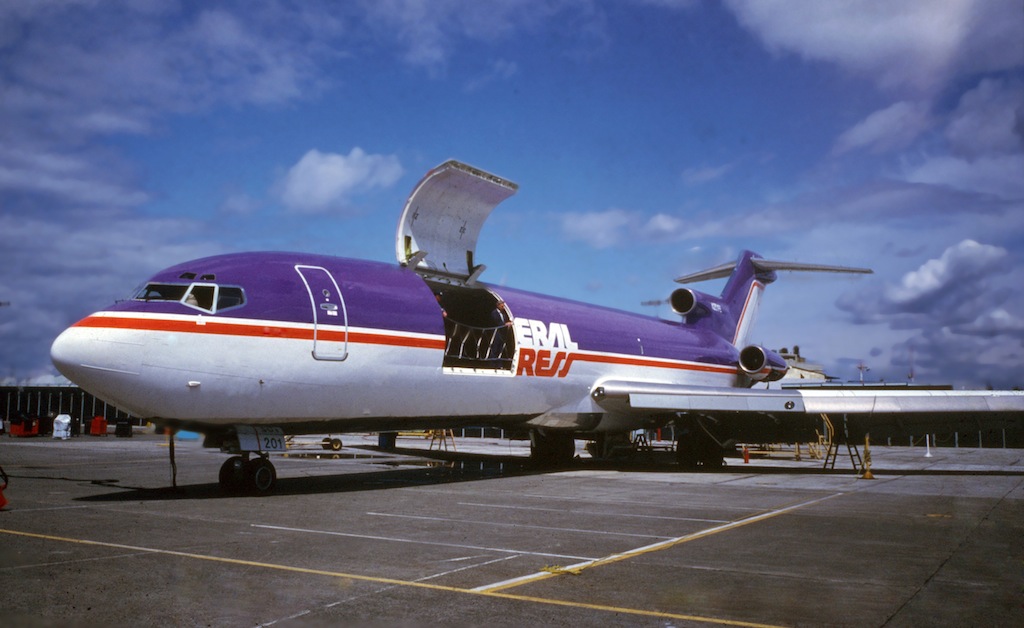 By now, everyone who follows the commercial aviation industry in the U.S. (or reads FlightJournal.com on a regular basis) undoubtedly knows what FedEx has been doing with its out-of-service Boeing 727s. In case you haven’t heard, the Memphis, Tenn.-based company that revolutionized air and ground express delivery is donating the jets to aviation schools, colleges and local community airports and fire departments for training purposes around the country.

It’s a fitting end for these workhorses, known as three-holers by those who flew them for the trio of Pratt & Whitney JT8Ds hanging on the tail. After all, they’ve spent their lives delivering letters and packages to people across the U.S., so it’s good to know they’ll stay stateside to educate new generations about aviation even if they’ll never fly again.

Most of us older fans probably have a story or two about the 7-2, another common moniker for the type; while I rarely flew commercial as a kid and can’t share what it’s like to be aboard one, my uncle definitely can do so. He briefly flew them for Eastern Airlines, the 727 launch customer, toward the end of that company’s life out of Baltimore-Washington International. Indeed, one of his final duties for EAL was ferrying a three-holer back to base after the airline was shut down in 1991.

It became an extremely popular jet after it debuted at Eastern in 1964 and more than 1,800 were built before production ended in 1984. By then, the 7-2’s little brother, the 737 (introduced in the late ’60s), had grown up and later surpassed the older plane in capacity and range, not to mention sheer production figures. So even though the 737 is hands down the world’s most prolific twin-jet airliner with more than 7,500 built as of last March, the 727 helped pave the way.

Getting back to FedEx, the company also was nice enough to post a cool blog entry about its three-holers yesterday, featuring an array of vintage shots. The only thing missing is a sound file of a pre-hush kit model screaming on takeoff! Check out the post here.