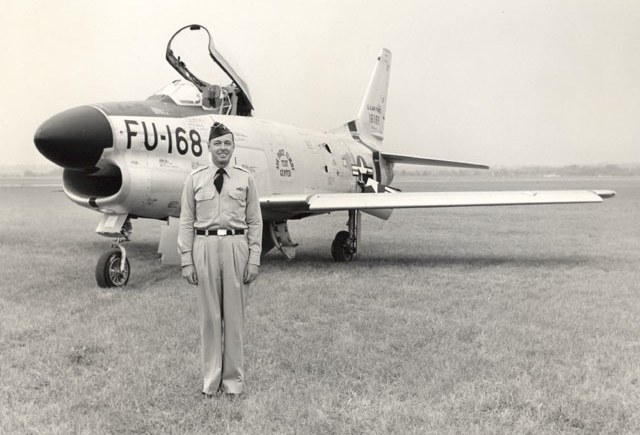 Colonel Holtoner was the commanding officer of the Air Force Flight Test Center, Edwards Air Force Base, California. He was awarded the Thompson Trophy. 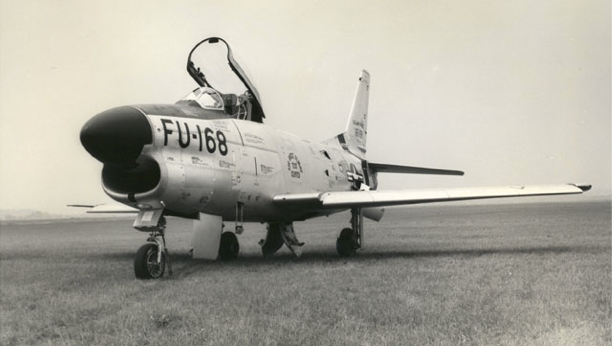 The North American Aviation, Inc. F-86D Sabre was an all-weather interceptor developed from North American Aviation F-86 fighter. It was the first single-seat interceptor, and it used a very sophisticated—for its time—electronic fire control system. It was equipped with search radar and armed with twenty-four unguided 2.75-inch Mk 4 Folding-Fin Aerial Rockets (FFAR) rockets carried in a retractable tray in its belly. The aircraft was so complex that the pilot training course was the longest of any aircraft in the U.S. Air Force inventory, including the Boeing B-47 Stratojet.