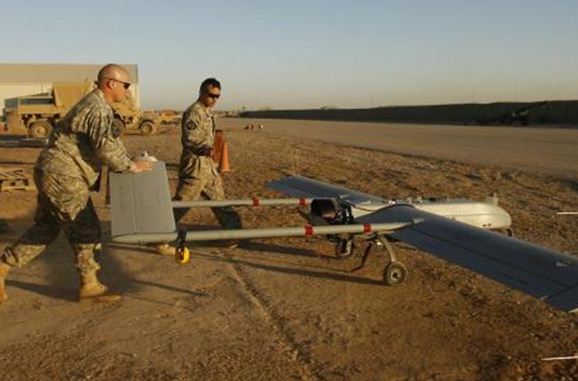 This USA Today story has more information on the legislatation that pass the House and Senate and would require the FAA to ensure ways for drones to safely share airspace with piloted aircraft. This, of course, also affects RC airplanes and helicopters.

Within a few years, that flying object overhead might not be a bird or a plane, but an unmanned aircraft.

Right now, remote-controlled drones are used in the U.S. mostly by the military and Customs and Border Patrol in restricted airspace.

Now, organizations from police forces searching for missing persons to academic researchers counting seals on the polar ice cap are eager to launch drones weighing a few pounds to some the size of a jetliner in the same airspace as passenger planes.

On Monday, the Senate sent to President Obama legislation that would require the Federal Aviation Administration to devise ways for that to happen safely in three years.

“It’s about coming up with a plan where everybody can get along,” says Doug Marshall, a New Mexico State University professor helping develop regulations and standards. “Nobody wants to get hurt. Nobody wants to cause an accident.”

The drones’ appeal is they can fly anywhere it’s too dangerous or remote for people, and they cost less than piloted helicopters or planes.

In Mesa County, Colo., for example, sheriff’s deputies have negotiated a special agreement with the FAA to fly a 2-pound helicopter up to 400 feet above ground so a camera can snap pictures of crime scenes or accidents. An infrared camera helps deputies track a missing person or a suspect in an overgrown ravine.

“It’s a tool in the toolbox,” says Ben Miller, the program’s manager.

One reason advocates expect police to adopt drones is they’re less expensive than manned helicopters. A Draganflyer X6 drone such as the one Mesa uses costs about $36,000. Another squad car, for instance, costs about $50,000, Miller says.

“There is a huge potential market for civilian and commercial uses of unmanned aircraft systems,” says Ben Gielow, general counsel for the industry group Association for Unmanned Vehicle Systems International.

The market will almost double over the next decade to $11.3 billion, according to a March estimate by the Teal Group in Fairfax, Va., which analyzes the aerospace and defense industries.

Commercial pilots have raised safety concerns. Although pilots are required to spend time flying planes and are tested on their abilities to hold licenses, no similar rules exist for the controllers of remote aircraft. Likewise, the FAA doesn’t certify drones like passenger planes against engine failure or wings falling off.

Capt. Lee Moak, president of the Air Line Pilots Association, says the people who remotely control aircraft should meet the same training and qualifications as regular pilots. His group is also concerned about controllers losing contact with drones.

“We have a long way to go,” Moak says of having drones fly safely with passenger jets.

Despite their many successful flights in Afghanistan, drones occasionally crash.

In August, for instance, an unmanned Shadow drone collided with a C-130 cargo plane. The cargo plane had to make an emergency landing at a base in eastern Afghanistan, but nobody was injured.

A drone occasionally goes awry here, too. In August 2010, the military considered shooting down a Navy Fire Scout drone that wandered close to restricted airspace near Washington, D.C., after controllers lost their link to the drone. But controllers regained contact.

The legislation calls for the FAA to set up six experimental locations where drones can fly. Competition for them and the high-paying jobs among researchers and manufacturers they’re expected to attract has already begun.

The legislation also calls on the FAA to establish rules for smaller drones weighing up to 55 pounds within 27 months. The schedule for all drones is Sept. 30, 2015.

A key unresolved question is how to avoid collisions. The philosophy since the Wright brothers has been for pilots to “see and avoid” other aircraft. Without a pilot on board, the strategy for drones is “sense and avoid,” perhaps giving off a signal that other planes receive.

“You’ve got to find a way to apply today’s technology to regulations that were written many years ago,” says Bobby Sturgell, a former FAA head and now a senior vice president for Rockwell Collins, which makes navigational and other equipment for drones. “The message behind the legislation is, ‘Let’s make this happen.’ “