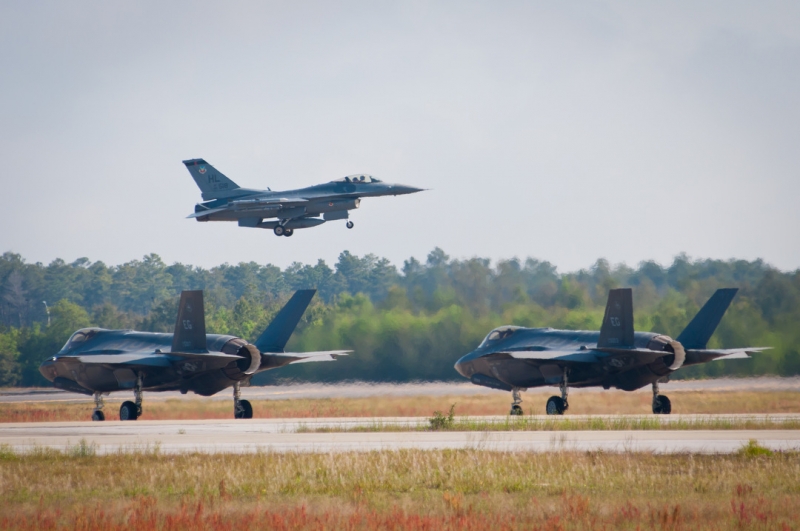 The first operational Lockheed Martin F-35 Lightning II won’t arrive at Utah’s Hill Air Force Base until late next year, but on Thursday, pilots from the base’s 419th and 388th Fighter Wings got a head start on training.

A group of F-16 pilots and maintainers from the two fighter wings left for Eglin Air Force Base in Florida late last week to get a sneak preview of the F-35A Lightning II, the Air Force’s newest fighter aircraft. Wednesday, Hill pilots flew air-to-air combat training missions with F-35s that are currently assigned to Eglin’s 33rd Fighter Wing.

In December 2013, Hill was named the Air Force’s first operational basing location for the F-35A, the Air Force version of the jet. Hill’s two fighter wings will fly and maintain the same aircraft in what is known in the Air Force as a “Total Force Integration” partnership. Before TFI was implemented, the two wings maintained and flew their own, separate aircraft. Thursday’s training consisted of the jets targeting one another, mimicking what would happen in a real-world dog fight.

For the complete story by Mitch Shaw of the (Ogden) Standard-Examiner, click here.