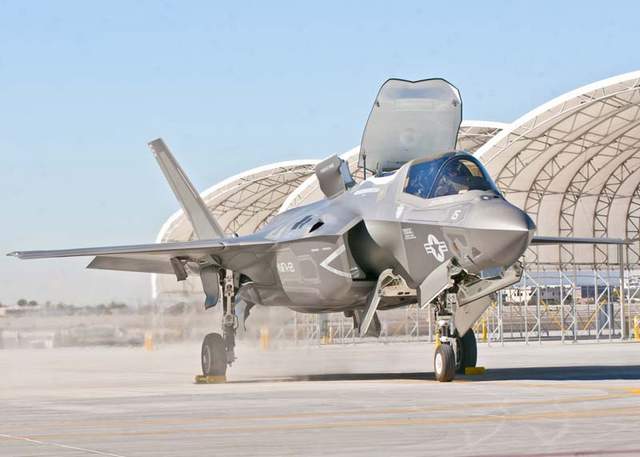 The Defense Department office in charge of the Joint Strike Fighter suspended flight operations on the F-35B (STOVL) variant Friday for precautionary reasons after a problem was discovered with the fueldraulic system in the jet, officials confirmed for Defense News.

All STOVL variant aircraft operating at Eglin Air Force Base, Fla., Marine Air Station Yuma, Ariz., and Lockheed’s production factory in Fort Worth, Texas, have been grounded while engineer teams review data on the jet.

The office made the decision after a 10 a.m. Central test flight at Eglin was aborted by the pilot during a conventional takeoff roll. There were no injuries to the pilot or the crew. The abort occurred because of a failure to a propulsion fueldraulic line, which enables movement in the actuators for the STOVL’s exhaust system.

The F-35A (conventional) and F-35C (carrier) variants are unaffected.

For the complete story by Aaron Mehta of Defense News, click here.