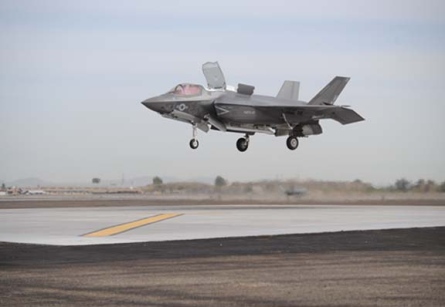 It’s no secret. The Lockheed Martin F-35B Lightning II Joint Strike Fighter is the future of Marine Corps aviation. That future will be revealed for the first time to the public at this weekend’s Cherry Point Air Show in North Carolina.

The fifth-generation fighter jet is scheduled for its first public flight on the East Coast during the Saturday and Sunday shows at Cherry Point air station.

“This is the first chance for everybody on the East Coast to get a chance to look at the plane,” said Marine pilot Maj. Tyler Bardo, of Marine Fighter Attack Training Squadron 501 at Eglin Air Force Base in Florida.