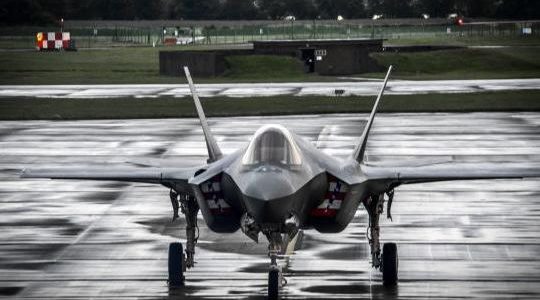 Lockheed Martin Corp.’s next-generation F-35 jet could be deployed on combat missions this year if requested by regional commanders, according to the U.S. general responsible for declaring the system war-ready.

“The minute I declare initial operational capability, if the combatant commander calls me up and says they needed F-35s, I would send them,” U.S. Air Force Gen. Herb “Hawk” Carlisle, head of the Air Combat Command, told reporters Wednesday after a congressional hearing.

Such a determination is likely to come “sooner rather than later” in an August-to-December window that the service has established, Carlisle said. When that happens, “I would explain its capabilities in its current state” of software and then deploy the fighter if asked, he added.

For the complete story by Anthony Capaccio of Bloomberg, click here.