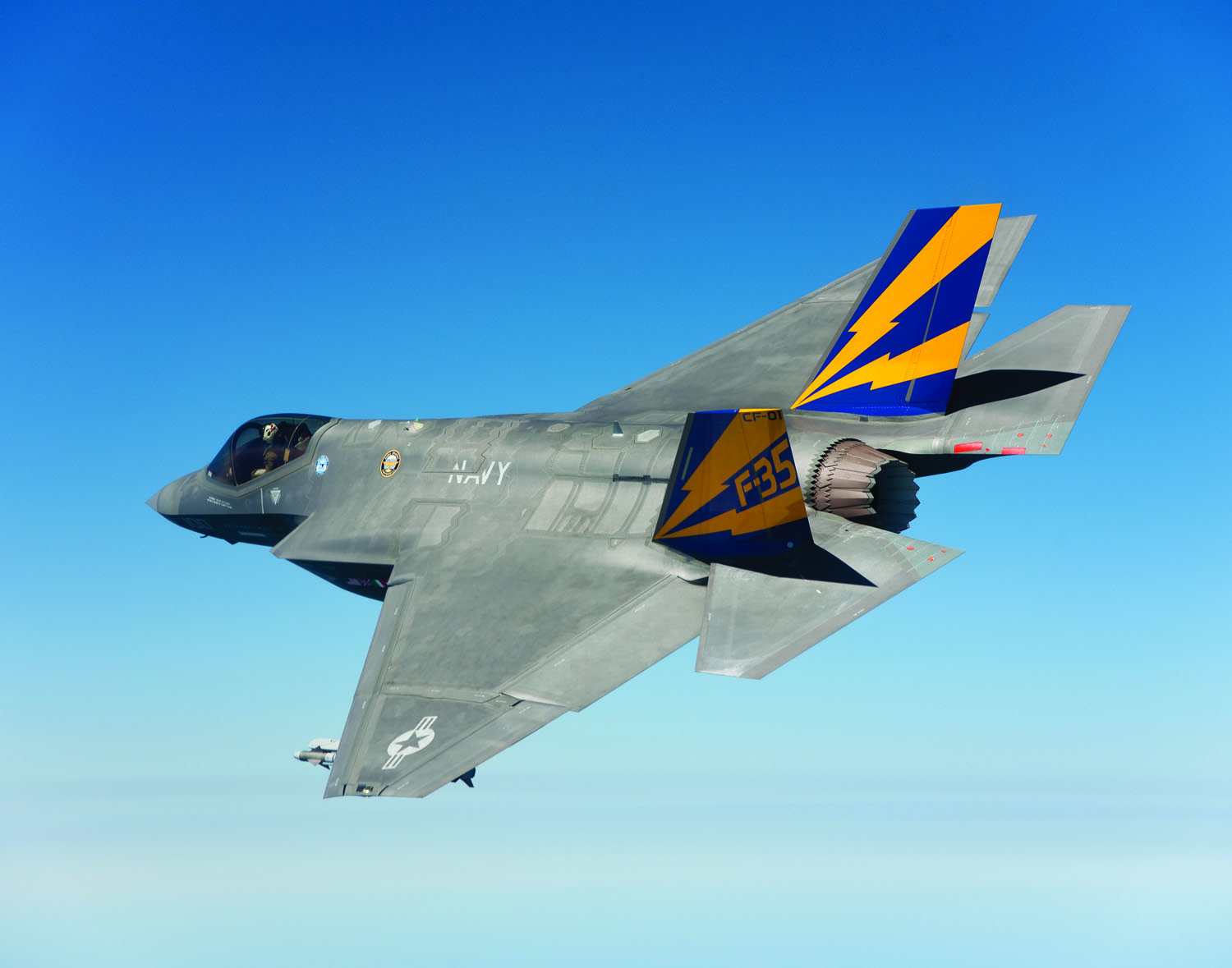 The Marine Corps is moving aggressively to be first with the JSF by kicking off operations at Yuma, Arizona, with squadron VMFA (AW)-121 “Green Knights” early in 2013.

The JSF’s future depends largely on how soon authorization will be given to begin training pilots and maintainers at the 33rd Fighter Wing “Nomads,” Eglin Air Force Base, Florida.

The joint-service training wing will serve as a schoolhouse for all three JSF versions—the land-based F-35A in its 58th Fighter Squadron “Gorillas;” the STOVL F-35B in squadron VMFAT-501 “Warlords” and the carrier-based F-35C in squadron VFA-101 “Grim Reapers.” The wing has Air Force, Marine Corps, and Navy members scattered throughout.

In mid-October, Eglin had 20 JSFs—10 F-35As, nine Marine Corps F-35Bs, and one British F-35B. JSFs were flying at Eglin under severe restrictions, which included not flying in the rain and, the Lightning II moniker notwithstanding, staying 25 miles from lightning.

F-35A training was slated to begin in November pending results of a 65-day Operational Utility Evaluation (OUE) at Eglin that applied to the Air Force only. Marine F-35B training at Eglin was to begin at about the same time. The Navy F-35C is 18 months behind the other versions.

Problems persist with the F-35 helmet visor that gives the pilot a “virtual” head-up display (HUD). “The helmet is a critical piece that needs to be solved,” Marine Corps commandant Gen. James Amos, a fighter pilot, told reporters. The F-35 has no physical HUD. The helmet device is producing vibrations and “latency”—a delay—when used with night vision. Fixes are being tested.   —Robert F. Dorr