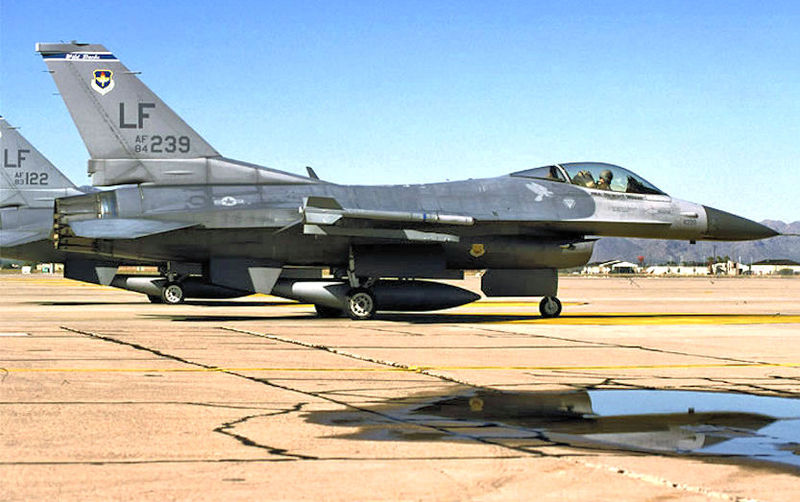 A Lockheed Martin F-16 Fighting Falcon of the U.S. Air Force crashed near Luke Air Force Base in suburban Phoenix on Wednesday evening, but both pilots ejected safely, authorities said. The pilots were on a routine training mission when their jet went down just before 7 p.m. in a desert area just west of the airfield, officials at the base said.

Both pilots were unhurt, the Air Force said, after initially reporting they had minor injuries. Their names weren’t immediately released. The jet, part of the 309th Fighter Squadron, crashed in a field adjacent to the base, and there was no damage to property, the Air Force said in a statement.

There was no immediate word on what might have caused the crash, said Sgt. Linda Rainey of the USAF. Police and fire departments from Luke and surrounding communities responded.