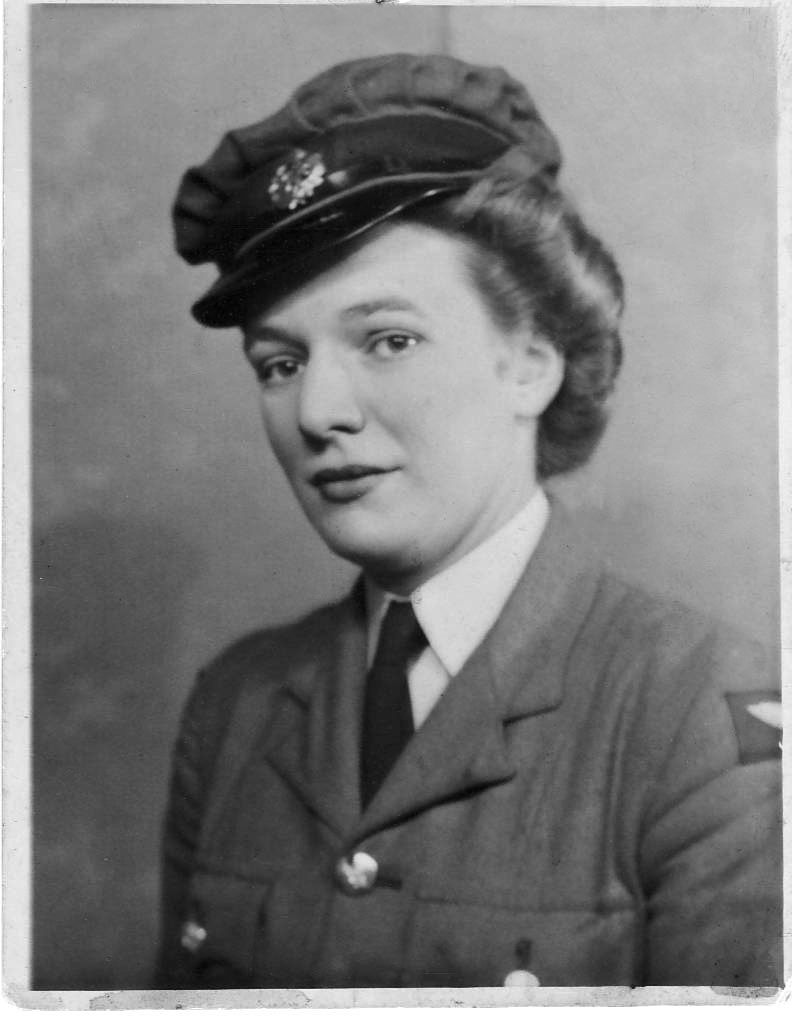 On September 1, 1939, my brother, Berkley, and I were being evacuated from London. Almost everything we owned was in our backpacks that Daddy had made for us, our gas masks in their boxes around our neck, our names on our coats. Mum and Dad came down to the street with us (we lived on the fourth floor of what was a sort of tenement house), but they were not allowed to come to the school with us. No parent was. They had no idea where we were going, or where we would sleep that night. “You must keep Berkley with you,” said Mum, and with a kiss and a hug, we walked the two blocks to the school.

There were about 100 of us, from the age of three to thirteen; I was one of the eldest. The headmaster and the four teachers were going with us. We all walked to St. Pancrass Railway Station, and, as we were going up the steps to the trains, I said, “Look, Berk, there is a man there with a camera.” Our picture was in the Daily Mail the next morning.There were hundreds of children in the station, boarding several trains, and many of them had never been on a train. It was a very poor district. We boarded our train, and off we went. The noise from all the children must have been incredible. Some time later we ate the sandwiches Mum had given us, and then the train stopped in the middle of nowhere it seemed, and our school got off. There were buses that took us to the little village of Irchester, Northamptonshire, (about 600 people then, about 65 miles north of London, but to us, another world).We were taken to the schoolhouse where we were each handed a carrier bag with various items of food in it. We then walked a little way to the village green and sat down. It was a lovely day and there were all these ladies with lists in their hands of people who were willing to take children in. One lady came to Berkley and said, “Come with me, little boy, I have a home for you.” I grabbed his arm and said, “My mum said we have to stay together.” Another lady came and said, “Come with me, I have a home for you two.”

We walked down a lovely country lane to a house, through the gate, knocked on the door and a tall, thin lady answered. “Here are your two children, Mrs. Coleman,” and that was our home for nearly two years.

The owners had twins, Barbara and David, age four. Mrs. Coleman was a homemaker and Mr. Coleman, along with nearly all the older men in the village, worked in Green’s Shoe Factory. They were in their early forties and had been married for many years before the twins arrived.

They were very good to us. Berkley learnt his love of gardening from Mr. Coleman, and it stayed with him all his life. When the schools were finally sorted out for all of us, Berkley went to school in Irchester and I went to school in Rushden, four miles away. I rode a bike that I bought for $2.00, the first I ever had. Sometimes if there had a been a lull in the bombing of London, we would take the bus after school on Friday and go to town for the weekend. We did so one weekend in late 1940, when I had a dental problem. It was the night London burned.

The bombing started after dark and did not stop. We went to the basement of our house (no one else lived there, whereas before the war 16 people did). When Mum realized everything around us was burning, we ran down the street to an air raid shelter. It was 2 a.m. Everything was on fire. Even the road, which was tar blocks, was burning. It was unreal! The sky was red. We got into the shelter, and the smell was awful. It was the only shelter I was in during the six years of war. We were on the first bus back to Irchester in the morning.

Time to join the fight

I was trained as a wireless operator (radio) using nothing but Morse Code. There were about 3,000 airmen, Brits and Aussies, and 95 WAAF. The airdrome was four miles from Foulsham and the WAAF site, which was Nissan Huts, mostly had 12 girls to a hut.

Our hut was all Signals and we worked in shifts. Three WAAF were on each shift. We started at midnight and worked until 7 a.m.  Then we hopped on our bikes and pedaled back to the WAAF site, made a cup of tea, slept, got up at 3.30 p.m., ate, and went to Signals cabin at 5 p.m. We were on duty on the wireless sets until midnight, then would hop on the bike, ride home in the dark, regardless of weather, with a tiny little light. We slept, and were back on duty at noon until 5.p.m. and the next morning back on duty at 7.a.m until noon.  Then off for 36 hours and start all over again. Girls were always asleep in our hut.

Our Lancasters dropped bombs and “window,” which cut jammed German radar during our raids. We in Signals sent our bombers out, using Morse Code, and hopefully brought them back. A good number of them never came back, but life went on. Everything was coded, no plain language except for SOS.

I was stationed there until September l945, four months after V-E Day, when I was transferred to St. Athens, Wales, until July 1946. Very soon after V-E Day I was in the Signals cabin and our warrant officer came in, asking, “Do you want to go on a reconnaissance?”

I flew for eight hours with an Aussie crew. All over Holland, I saw where the Dutch had destroyed their own dykes, when invaded. We flew all over Germany. At Cologne I so vividly remember the bridges all bombed and down in the river; I think there were four. I do not remember now all the countries we flew over.

When we crossed the English Channel at the beginning of the journey, I crawled down into the nose, where the front gunner was flat on his belly, with nothing but plexiglas around him. I climbed into the upper turret, again, nothing but glass. I did not climb down into the rear turret. I sat in the signals cabin, so tiny. I went all over the plane.

We flew back over France and Dover. When we landed, and I was on solid ground, all I could think was, “My God, the courage of these men, some so young, who flew on these missions, with the ack-ack against them, the German fighter planes shooting at them. How did they do it?” I have never forgotten it.

Now, at the age of 88, I sometimes think of those days, the hell of it, the courage of so many, and I know how lucky I am to still be alive and enjoying life, and I thank them all.