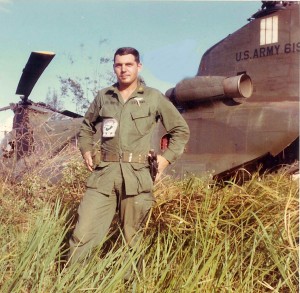 In 1954, 10-year-old George Galo took his first ride in an airplane. His father had been stationed in the Panama Canal Zone with the U.S. Navy for two years, and on their way back to Norfolk, Va., they flew in a Lockheed Constellation. The pilot took notice of George sitting with his mother and invited him into the cockpit.

George sat in the left seat and gazed at the instruments the pilot used to maneuver the propeller-driven plane. He watched as clouds up ahead cast circular shadows on the ocean below. The pilot pushed a button. They zoomed through the clouds with ease. George knew then: That’s what he wanted to do.

Sunday, he’ll receive the Wright Brothers Master Pilot Award for fulfilling a boyhood dream. In the place where his career began, Hampton Roads Executive Airport, he’ll join a list of fewer than 3,000 pilots who have flown without violations or crashes for 50 years or more.

For the complete story by Mary Beth Cleavelin of The Virginian-Pilot, click here.

Photo by George Galo via The Virginian-Pilot