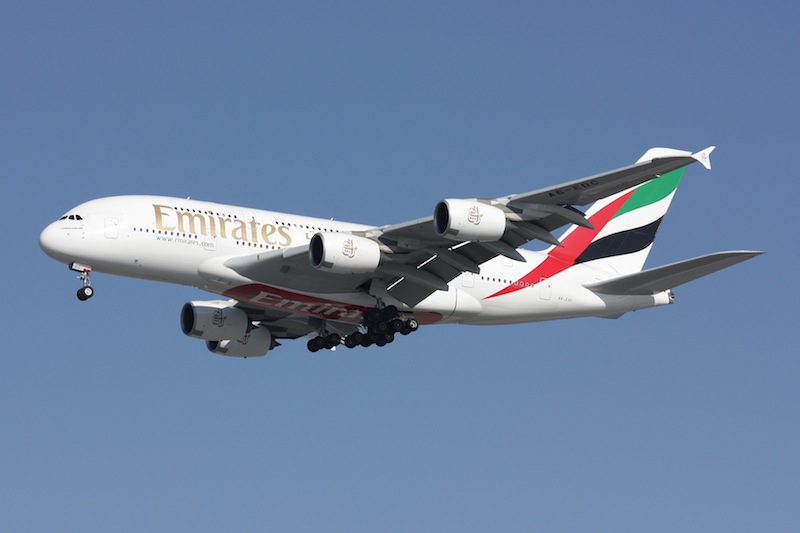 An Emirates flight from Sydney to Dubai made an emergency landing shortly after takeoff because of an engine fault, the airline said Monday.

Passengers reported hearing a loud bang and seeing flames coming from the engine of the Airbus A380 after it took off from Sydney on Sunday night. The plane landed without incident and passengers were rebooked on other flights. There were no injuries.

John Fothergill of Auckland, New Zealand, told Australia’s News Limited that he saw flames shooting out of the engine and felt the plane shake. “I thought it could have been lightning but then we saw flames come out of the engine,” he said. “The whole interior of the A380 lit up.”

For the complete story by Kristen Gelineau of The Associated Press, click here.