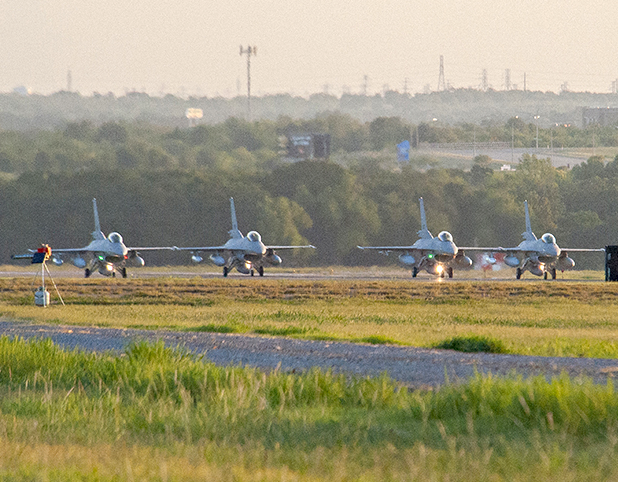 Egypt will receive eight Lockheed Martin F-16D Block 52 Fighting Falcons from the U.S. in the coming days following an uptick in diplomatic relations between the two nations.

The U.S. Embassy in Cairo says eight jets will arrive at Cairo West Air Base by 31 July followed by four more sometime between September and November. “The eight fighter jets are being flown in directly from the US, and will be immediately integrated into the Egyptian Air Force, joining its existing fleet of US-made F-16 aircraft,” according to a embassy statement on Thursday.

The announcement comes five months after President Barack Obama lifted a hold on fighter deliveries that had been in place since Egypt’s military coup in October 2013, which overthrew the Muslim Brotherhood amid mass protests.

For the complete story by James Drew of Flightglobal.com, click here.