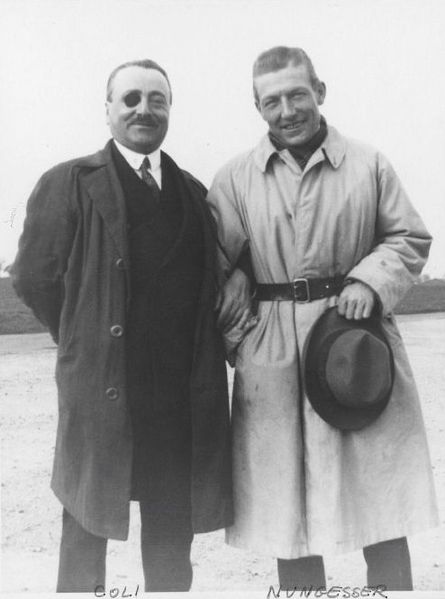 Two French aviators had done it, it seemed — accomplished the first, near-unthinkable flight between Paris and New York, and on May 10, 1927, newspapers across France proclaimed “the triumph of French wings” and a “golden age of French aviation.”

“Nungesser and Coli have succeeded,”declared La Presse, going so far as to detail their sea landing in New York Harbor and the “cheers that rose up from the ships that surrounded them.”

They had vanished “like midnight ghosts,” wrote Charles Lindbergh, the American who only days later reached Paris from New York. The Frenchmen were thought to have gone down in the English Channel, or perhaps over the Atlantic, or somewhere between Newfoundland and Maine.

Their disappearance, considered one of aviation’s great mysteries, has inspired decades of hypothesizing.

For the complete story by Scott Sayare of The New York Times, click here.