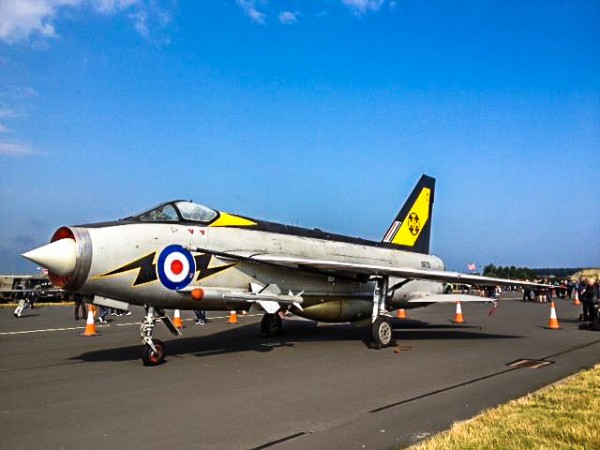 A campaign is underway to save English Electric Lightning XR713, which is currently awaiting disposal at RAF Leuchars in Scotland. The aircraft, a rare F.3 model Lightning, first flew in 1964 and helped defend British skies against the Soviet bomber threat. She’s been an exhibit at RAF Leuchars for some years now, but with the British Army about to take control of the base from the RAF, the Lightning’s future hangs in the balance.

XR713 originally joined 111 Squadron at RAF Wattisham in Suffolk, and bears their famous colours to this day. After the RAF withdrew XR713 from service, they earmarked the Lightning for battle damage repair (BDR) training duties at Leuchars, which would almost certainly have seen holes hacked through her skin to simulate combat damage.

But fortunately, “Treble One” was operating the Phantom FG.1 by that time, and took XR713 on board as their squadron mascot. She remained in that role when 111 became a Tornado F.3 unit in 1990, until they finally disbanded on March 22, 2011. Since then, Leuchars has operated the Eurofighter Typhoon, and while 111 will never be re-activated, the Lightning continued to join former 111 Squadron Phantom FG.1 ‘Black Mike’ on the static line at the annual air show.

For the complete story by Tom Moran via WarbirdsNews, click here.