Michael Holroyd Smith, a Victorian inventor and engineer, is best remembered for his pioneering work on developing Britain’s earliest street tramways. However, he was also interested in and contributed to the development of powered flight.

He is known to have presented a lecture concerning the possibility of mechanically powered flight in 1879 and in 1910 he successfully applied for a patent relating to “Improvements in the Methods of and Means for Controlling the Flight of Helicopters”, which was cited as a relevant document as recently as 2006 in a patent relating to Vertical Take-off and Landing Aircraft.

Research conducted by the National Tramway Museum at Crich in Derbyshire has revealed that he also collaborated with Walter Lindsay in securing a patent in1911 for the Philaerian engine, a 9-cylinder radial air cooled engine, a type that was commonly used to power aircraft. In 1912-1913 he contributed to the design of a Philaerian Helicopter and subsequently contributed to the design of aeroplane propeller blades. Rather more whimsically, his interest in overcoming the problems posed by mechanically powered flight resulted in the design of a range of novel boomerangs that were sold for a time through Army and Navy stores.

Although not as well known as many of his contemporary inventors, as a member of the Institute of Mechanical Engineers, Michael Holroyd Smith associated with the likes of Thomas Edison, Graham Bell and Hiram Maxim and his work was held in high regard by many of them.

The life, inspiration and inventions of Michael Holroyd Smith are featured in a major exhibition – “Electrifying the Future” – that has been funded by a grant from the Association of Independent Museums and Biffa Award under its History Makers scheme. The exhibition is open to visitors at the National Tramway Museum’s premises in Crich, Derbyshire. 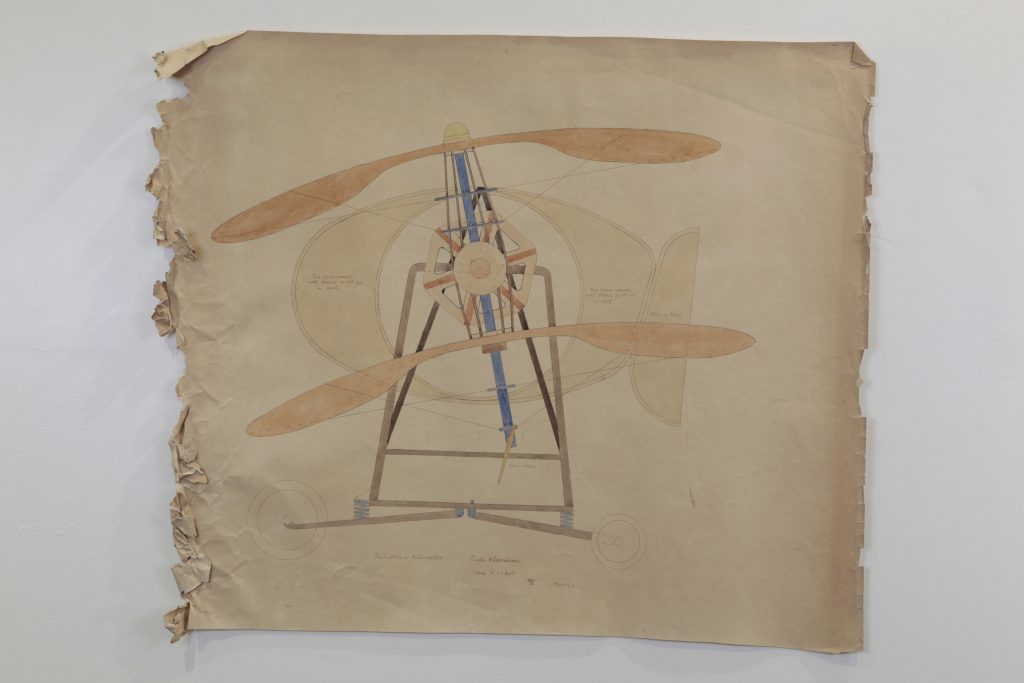